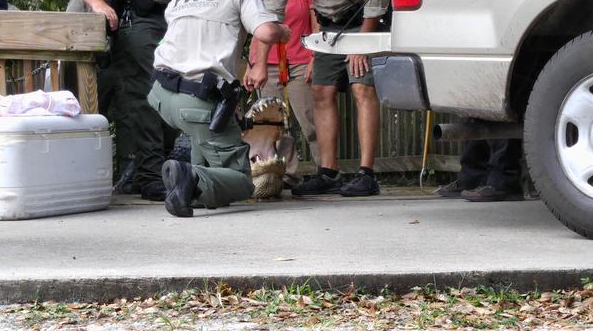 Deputies tell WKMG that the man was snorkeling in the spring with two friends when they became separated. He was reported missing and then found dead by divers a few hours later. It is not clear how he died, but it may be linked to the alligator.

WKMG reporter Loren Korn reports she heard two gun shots at Blue Spring Park on Monday. Korn later reported that the aggressive gator had been captured at Blue Spring State Park. The gator is expected to be put down.

Blue Spring State Park is closed as the investigation continues.