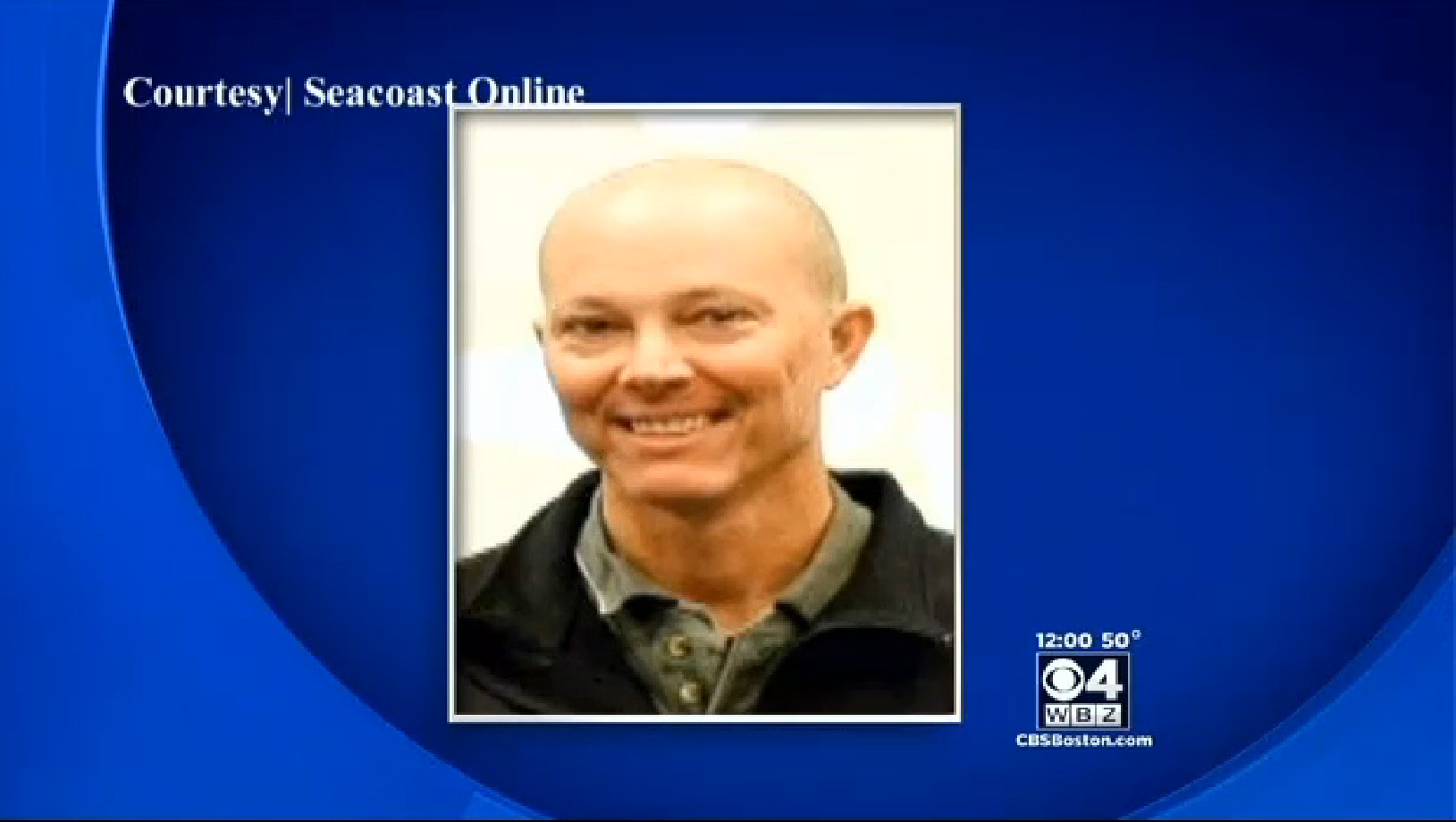 Brentwood, N.H. -- Gunshots rang out "almost immediately" Monday after a police officer responded to the report of a domestic dispute at a southern New Hampshire home and was given permission to come inside, a New Hampshire associate attorney general said Tuesday.

Brentwood police Officer Stephen Arkell, 48, was killed responding to the dispute between a father and son shortly after 4 p.m. Monday in Brentwood, about 50 miles north of Boston. His body was discovered inside the rubble of the home, which later exploded and burned to the ground.

After an autopsy Tuesday morning, Arkell's death was ruled a homicide by multiple gunshot wounds, according to a Jane Young, Chief of the New Hampshire attorney general's criminal bureau, said at a press conference Tuesday.

He was shot to death and didn't die as a result of the fire.

Suspected gunman Michael Nolan, 47, was presumed dead Monday after a late afternoon fire demolished the duplex in a tree-lined neighborhood restricted to people 55 and older. Nolan is the son of the homeowner, 86-year-old Walter Nolan.

"It certainly seemed that officer Arkell walked into a situation that he didn't anticipate," Young said, reports CBS Boston.

Remains thought to be those of Michael Nolan were discovered in what was once the home's garage, Young said. An autopsy is underway.

About an hour after the shooting, the house burst into flames and video showed flames eating through the roof of the modern yellow building. Firefighters were kept away from the scene and soon a massive explosion blew the front off the house. Within an hour, it was leveled.

Arkell, who was married and had two teenage daughters, had worked for the Brentwood Police Department for about 15 years as a part-time officer. He helped coach the girls' lacrosse team at Exeter High School, where both of his daughters play.

"I have just left the family of Steve Arkell, and words cannot describe their pain," Young said Tuesday. "...There were young daughters there, and their father was sort of their whole lives. The plea from the widow is that you respect their privacy."

Before the gunfire, a neighbor called dispatchers to report a verbal domestic dispute between Walter and Michael Nolan, reporting that they "could hear the son swearing at the father" and that the argument was taking place inside the house, Young said.

The caller also indicated they had heard arguing before, though they had never called authorities, Young said.

Arkell was the first to arrive. He made contact with Walter Nolan, asked if he could enter the home, and was given permission to go inside, Young said.

A second responding officer, Derek Franek of the neighboring Fremont Police Department, was dispatched to the home minutes later. He encountered Walter Nolan outside and asked him some questions, but was "not able to get a response." He handcuffed him for safety reasons and entered the home.

Upon entering, he saw that the wall had been sprayed with bullets and saw Arkell on the floor, lying on his back and apparently dead of his wounds, Young said.

Shortly after Franek entered the residence, he was met with gunfire which drove him to the back of the home, Young said. He was able to escape off the deck, running towards the tree line.

Responding officers encountered Walter Nolan, still cuffed on the front yard, and transported him to a hospital where he was treated and released. The massive explosion ripped through the home shortly after. Firefighters started attacking the blaze around 6 p.m. It was largely out about a half-hour later and didn't appear to have spread to neighboring houses though some houses were damaged by bullets and some residents are not yet able to go home.

"To say that it is completely devastated is an understatement," Young said.

Walter Nolan, she said, remains with family members. Officials continue to comb through the destroyed home in a search for evidence, Young said, a process that's expected to take at least until Friday, if not longer.

Gov. Maggie Hassan directed that flags fly at half-staff in honor of Arkell.

"The entire state of New Hampshire is in mourning over the tragic loss of Brentwood Officer Steve Arkell," she said in a statement. "Officer Arkell bravely answered the call of duty and made the ultimate sacrifice, a heroic demonstration of his commitment to the safety of his fellow citizens."