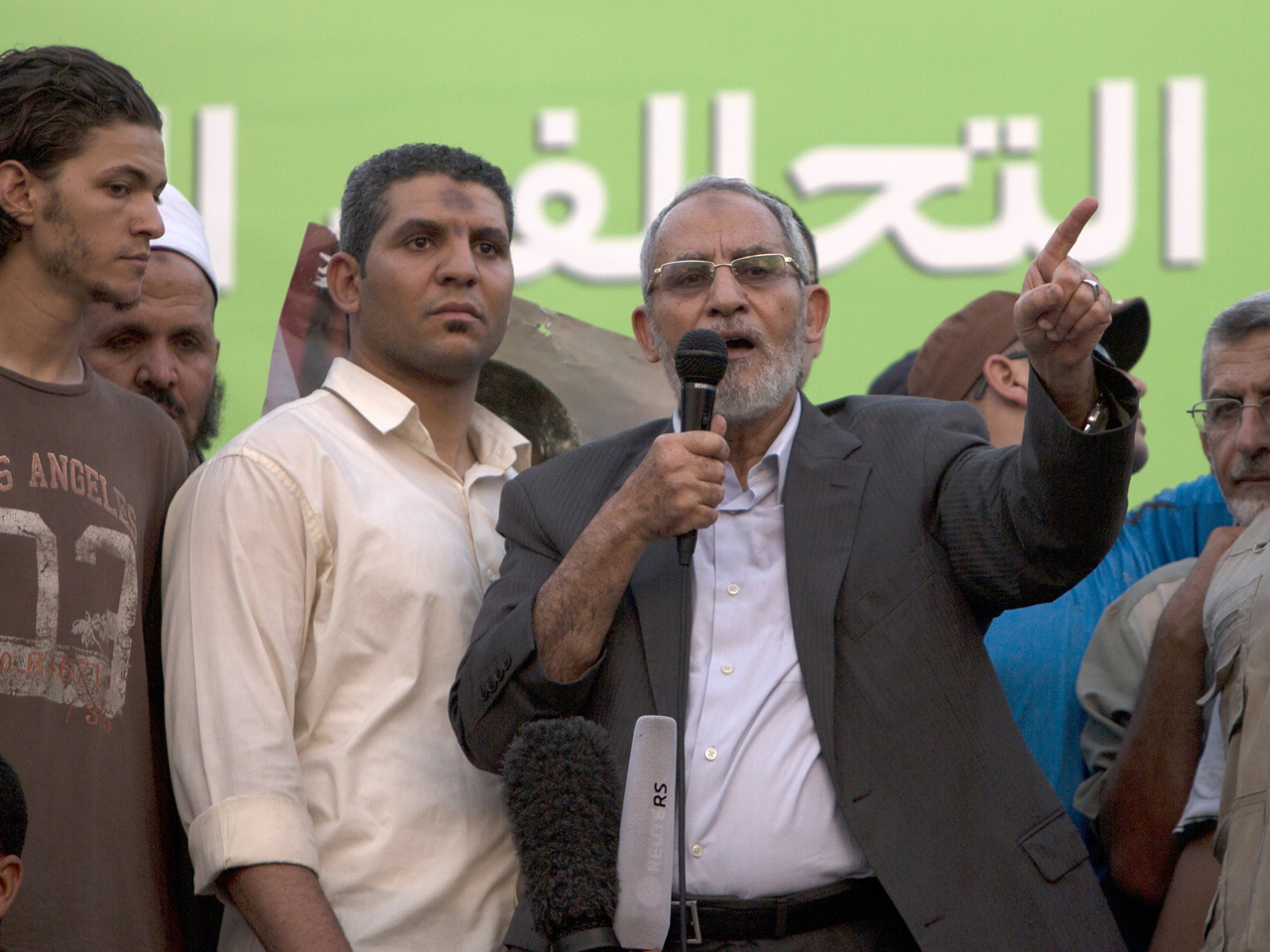 CAIRO Egyptian security officials and state television say the supreme leader of the Muslim Brotherhood has been detained.

Officials say Mohammed Badie was captured early Tuesday in an apartment in the eastern Cairo district of Nasr City. That's where supporters of ousted President Mohammed Morsi held a six-week sit-in protest that was cleared by security forces last Wednesday. Morsi is a longtime leader of the Brotherhood.

Badie and his powerful deputy Khairat el-Shater, who is in custody, go on trial later this month for their alleged role in the killing of eight protesters outside the Brotherhood's Cairo headquarters in June.