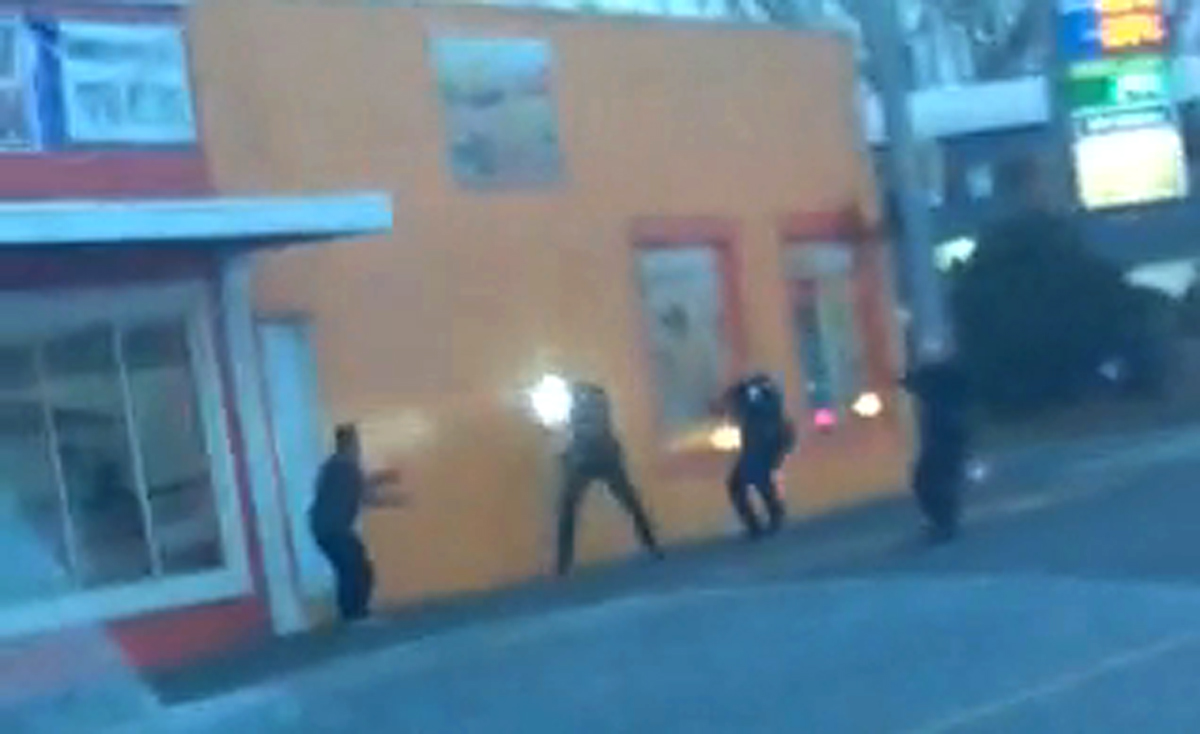 KENNEWICK, Wash. -- Investigators asked the public Thursday to provide more social media images and eyewitness accounts of a fatal police shooting that has sparked a series of protests in an agricultural community in the northwestern state of Washington.

They also asked for patience as they seek more information about the victim, an unarmed Mexican man who ran from officers after reportedly throwing rocks at them.

Sgt. Ken Lattin of the nearby Kennewick Police Department said videos continue to arrive, and he asked for more contributions from people who saw the Feb. 10 shooting at a busy Pasco intersection.

"The more information we have, the better," said Lattin, spokesman for the special unit investigating the shooting.

Authorities also are seeking more people who saw Antonio Zambrano-Montes, 35, in the weeks before the shooting, so they can learn more about his frame of mind, Lattin said at a news conference.

Investigators have interviewed about 40 people, but only a few actually saw the shooting.

Zambrano-Montes recently spent some time in a homeless shelter. But investigators have been unable to interview anyone who saw him in the two weeks leading up to his death, Lattin said.

CBS News affiliate KEPR in Pasco found that the officers involved were not wearing body cameras, but video was recorded with the police car dashboard camera. None of the three involved Pasco officers were certified Spanish speakers, but it is possible that Spanish commands were given by the officers.

Also, whether or not Zambrano-Montes was in the country legally will be part of the case, but not necessarily pertinent to the investigation, Kennewick Police said in a statement.

In addition, officers are seeking to learn if Zambrano-Montes had mental problems, Lattin said.

"His actions were not normal," Lattin said. "It was not reasonable behavior. We want to know why."

In response to questions about whether the special investigative team could be objective in evaluating Pasco officers' conduct, Lattin was emphatic: "We are going to produce an impartial report. No investigators would put their careers in jeopardy for someone else."

That wasn't good enough for Felix Vargas, a Pasco business leader who has asked the federal government to conduct its own probe of the shooting.

He said it's inappropriate for authorities from such a close jurisdiction to be investigating a case that has drawn nationwide attention.

Demonstrations have been held throughout Washington state since the shooting, CBS affiliate KIRO-TV reported. The man's family has filed a $25 million lawsuit against the city of Pasco, according to the station.

Pasco police say Zambrano-Montes hit two officers with rocks and refused to put down other stones.

In a cellphone video recorded by a witness, several "pops" are audible just before Zambrano-Montes is seen running across a street, pursued by three officers. As he stops and turns around, gunshots ring out, and he falls dead.

Lattin said investigators have determined all three officers involved discharged their weapons. But he couldn't say how many bullets were fired.

He added it was unclear from the video if Zambrano-Montes had anything in his hand when he was shot.

The three officers are on paid administrative leave.

The special investigations unit does not include officers from Pasco, a southeast Washington town of about 70,000. More than half of Pasco's population is Hispanic.

The killing was the fourth by Pasco police in less than a year and has led to protests. Officers were exonerated after similar investigations in the first three cases.

Critics in the latest case say the officers should have used less than lethal force to subdue Zambrano-Montes.

Franklin County Prosecutor Shawn Sant, who ultimately will decide if charges are brought against the officers, said the victim's family has requested a private autopsy. He also said witnesses who might be in the country illegally can speak with investigators without fear of being deported.

The investigation is likely to take months, and Lattin urged calm.