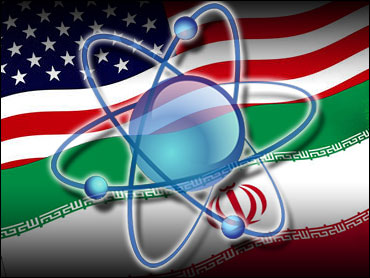 Iran plans to build 19 more nuclear power plants and will soon solicit international bids for their construction, a lawmaker said.

"Contracts for the construction of 19 nuclear power plants, each with a capacity of 1,000 megawatts, will be put into international tender in the near future," Kazem Jalali was quoted as saying by the official IRNA news agency.

Jalali, a member of the Iranian parliament's National Security and Foreign Policy Committee, said the bids will be in line with parliamentary legislation that calls for production of 20,000 megawatts of electricity through nuclear power plants in the future.

Jalali, who made his comments on Sunday, gave no time frame for the projects. He comments do not necessarily represent the position of Iran's executive branch, headed by President Mahmoud Ahmadinejad, or its supreme leader Ayatollah Ali Khamenei.

Iran currently does not have any operating electricity-producing nuclear power plants.

Russia is completing a 1,000-megawatt nuclear power plant for Iran outside the southern city of Bushehr. Iran received the first shipment of nuclear fuel from Russia last week, paving the way for the startup of the reactor in 2008.

Meanwhile, Iraqi officials said on Monday that Iran wants to renew high-level talks with U.S. officials on security in Iraq, insisting that discussions take place between ambassadors and not lower-level functionaries.

The Iranians also want a clear-cut agenda for the meeting, which the American side has not yet provided, according to Sami al-Askari, an adviser to Iraqi Prime Minister Nouri al-Maliki and a member of parliament. Three Iraqi officials confirmed his account, speaking on condition of anonymity because they weren't authorized to speak to the media.

In Washington, the State Department said three-way talks including Iraq were likely to be held in a couple of weeks. Spokesman Tom Casey said that "as always, the talks would be restricted to issues related to Iraq's security." He said Iraq is eager to hold another round and is working on a date.

There was no immediate comment or confirmation from Iran's Foreign Ministry or state media.

A May 28 meeting concerning security in Iraq between U.S. Ambassador Ryan Crocker and his Iranian counterpart, Hassan Kazemi Qomi, broke a 27-year diplomatic freeze between the two countries.

A planned Dec. 18 meeting between Iranian and American security, military and diplomatic experts was canceled a few days before it was to be held. At the time, Iranian officials said it was a scheduling problem while U.S. officials referred questions to the Iraqi Foreign Ministry.

American officials have since pointed out that Dec. 18 was the day Secretary of State Condoleezza Rice made a surprise visit to Iraq, which forced the postponement of the meeting. For security reasons, they said they could not disclose Rice's arrival date ahead of time.

Since then, top Iranian officials in Baghdad have asked their Iraqi counterparts to push the Americans to hold a fourth-round of talks between Crocker and Qomi, an Iranian official told The Associated Press on condition of anonymity. The two last met in August, shortly after the first and only meeting of low-level experts, which produced no concrete results.

Iran has long been accused by Washington of training, arming and funding Shiite extremists inside Iraq to kill American troops.

But in the past month, U.S. officials have said Tehran appears to have slowed or halted the flow of illegal weapons across the frontier. Iran has denied the arms smuggling accusations, insisting that it is doing its best to help stabilize its embattled western neighbor.

Crocker told reporters during a Sunday briefing in Baghdad that he would be willing to meet Qomi again, but said no date had been set for a meeting at any level.

"I would be open to this. We could do it at the experts' level or we could do it at my level. I would definitely see that as a possibility," he said. "We're looking at what we might talk about, which I think is the first and necessary step before deciding who talks about it."

Crocker said there were "some signs, some indicators that the Iranians are using some influence to bring down violence from extremist Shiia militias." They included a drop in the number of attacks that use high-tech shaped charge bombs, which American officials allege are made in Iran.

"How lasting a phenomenon that will be, and how Iran will define and play its role in Iraq in 2008 will be very important to the long-term future of the country," he said.

Crocker said any talks with the Iranians would focus solely on Iraqi security and would not extend into the explosive issue of U.S. accusations that Iran is trying to develop nuclear weapons.

Al-Askari said a top Iranian diplomat complained to him in recent days that U.S. officials are not providing enough information about what a new round of talks at any level will achieve.

"They told us that the Americans are vague and that they want to know what is the goal, what is the purpose of these talks," al-Askari said. "They said they do not want to talk on the level of experts - that at a minimum, it should be at the ambassadorial level or even higher."

Al-Askari added that the Iranians were also upset that although they contributed to the improving security situation in Iraq, U.S. officials have not done enough to acknowledge it.

"The Iranians will not stand anymore going to talk with the U.S. one day, and the next day watch the Americans speak badly about them in the press - by saying Iran is supporting militias and supplying weapons," he said.

The Iranian Embassy in Baghdad was closed Monday for the Eid al-Adha holiday.