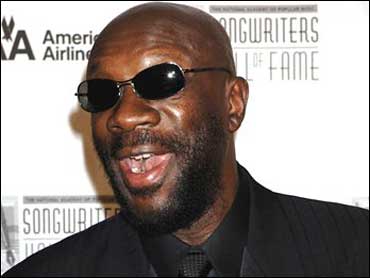 The deep-voiced soul singer died Sunday after he was found unconscious at his Memphis residence. Paperwork filed by Hayes' family physician, Dr. David Kraus, lists the cause of death as a stroke, sheriff's spokesman Steve Shular said Tuesday.

Shular said no autopsy has been performed. No official determination has been released by the medical examiner's office or filed with the Memphis health department, which issues death certificates.

Deputies were among the emergency crews that responded, and sheriff's department detectives were looking into the death. Kraus told investigators that he had been treating Hayes, 65, for high blood pressure, Shular said.

Family members found Hayes lying on the floor of his home beside a treadmill that was still switched on.

The baldheaded crooner, who laid the groundwork for disco and whose "Theme From Shaft" won both Academy and Grammy awards, was elected to the Rock and Roll Hall of Fame in 2002. He also acted in movies and provided the voice of Chef, the school cook, on the animated TV show "South Park."

He had recently finished work on the upcoming movie "Soul Men," in which he played himself. The movie stars Samuel Jackson and Bernie Mac, who died on Saturday.

Hayes was hospitalized in 2006 for treatment of exhaustion, family friends said at the time.