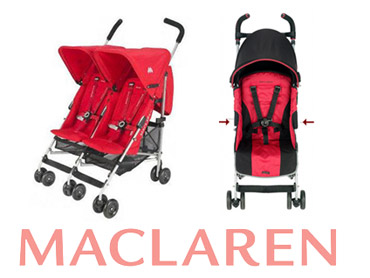 The more than a century-old family feud that some say started over a pig, officially ended Saturday.

The actual fighting between the Hatfields and McCoys has been long over. But representatives from both families decided to sign a truce.

Signers Reo Hatfield, Bo McCoy and Ron McCoy discussed the significance of the truce on The Saturday Early Show, from the fourth annual Hatfield-McCoy reunion in Pikeville, Ky.

The two southern families became embroiled in one of the longest and most infamous family feuds in the history of America. Although they ended the feud in 1891 and shook hands in 1976, Saturday, June 14, 2003, marked the official end to the Hatfields and McCoys' feud when the families signed a truce, in an event broadcast by the The Saturday Early Show.

The families credit Reo Hatfield for the official idea of creating a truce for the Hatfields and McCoys. Reo Hatfield and Bo McCoy drafted a treaty that proclaims the families "do hereby and formally declare an official end to all hostilities, implied, inferred and real, between the families, now and forevermore."

They said the document was necessary, although there has been peace between the families for the past years, because it was important to have an historical document for public record.

Reo said after Sept. 11 he wanted to make an official statement of peace between the two families to show that if the most deep-seeded family feud can be mended, so can the nation unite to protect its freedom.

The Hatfields and McCoys are debating on what to do with the signed truce, but they say it probably will go into a museum. They will also push to have all documents reproduced for all the members of the families to have.

In 1976 representatives of the two families shook hands to settle their conflict, and they have celebrated the heritage of their families with joint reunions for the past four years. This year, the Hatfield-McCoy confab brought out 2,500 to 3,000 family members from both sides.

The governors of West Virginia, Bob Wise, and Kentucky, Paul Patton, each drafted an official proclamation acknowledging the Hatfields and McCoys reconciliation and proclaiming June 14, 2003 as Hatfield-McCoy Reconciliation Day.

The two Appalachian families despised each other in the 1800s. No one really knows how the neighbors and in-laws' feud began, but there are many theories of how it escalated.

During the Civil War, the Hatfields, of West Virginia, sided with the Confederates, while the McCoys, of Kentucky, fought on the Union side.

The first death in the feud was recorded in 1875. Harmon McCoy, who had been discharged from the Union army because of a broken leg, was killed; no suspects were found.

In 1878, an interfamily romance, competition for timber resources and a dispute over a pig created more hard feelings. The McCoys claimed the Hatfield stole a pig. The case went to court where the Hatfields won.

Later, a Hatfield boy supposedly romanced and impregnated a McCoy girl. The Hatfield boy was nearly killed and the McCoy had a miscarriage.

The last confrontation between the two families was a 2000 dispute over access to a cemetery. It led to a court battle in which both sides claimed a partial victory in 2003.

Seafood Feast From Down Under