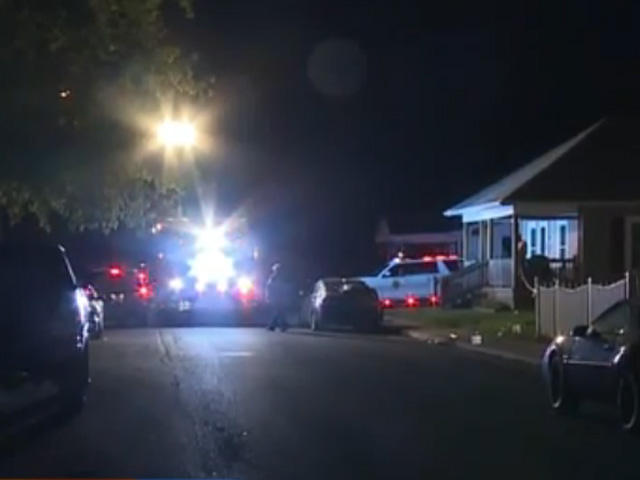 KOKOMO, Ind. -- Authorities say nine police officers were treated after being exposed to an unknown chemical while conducting a drug investigation in central Indiana.

The Kokomo Police Department says the officers encountered "some sort of chemical agent" while serving a search warrant at a home Tuesday night. Police say eight were taken to a hospital by ambulance and another was treated at the hospital.

Police say the officers reported a burning sensation on the skin, burning eyes and shortness of breath. Two adults at the home and a juvenile also were treated. Police detained six aduklts and a juvenile, reports CBS Indianapolis affiliate WTTV.

Kokomo Deputy Mayor David Tharp confirmed to the Kokomo Tribune that all affected officers were alert after being exposed to the chemical.

WTTV reports neighbors described a chaotic scene and said some officers had difficulty walking under their own power.

"That's when it kind of hit us: Something very bad, chemically, unfortunately, something that is hazardous to the children and the neighborhood is here."

Kokomo police Major Brian Seldon said early Wednesday the officers had been released from the hospital. WTTV says they're expected to make a full recovery.