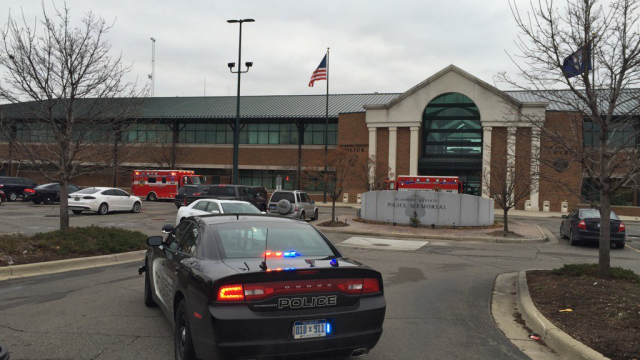 DEARBORN HEIGHTS, Mich. - Authorities say a man armed with a knife was shot and killed by an officer at the district court building in Dearborn Heights, reports CBS Detroit.

Police say the alleged knife-wielding man lunged at someone inside the building and was then shot by a court officer. State police confirm the man was fatally wounded. His name has not yet been released.

Dearborn Heights police declined to comment on the investigation, which is being handled by the Michigan State Police.

Dearborn Heights resident Sherry Matthews was arriving at the building around 8:50 a.m. as the incident was unfolding. She described the scene as hectic.

"I've counted about nine to 11 unmarked police cars ... officer's have their vests on and as they're walking away from their cars, they have their hands on their holsters," Matthews said. "There were three officers that had huge guns that went running into the building."

The court has been closed for the day, and police are continuing to investigate.