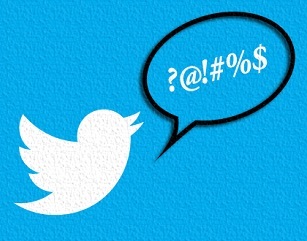 LONDON A 17-year-old girl who was appointed Britain's first youth police commissioner stepped down Tuesday amid a scandal over offensive material she posted on Twitter.

Saying she had fallen into a trap of Internet bravado, Paris Brown resigned from the 15,000-pound ($22,800) a year role intended to build bridges between young people and police in Kent county, southern England.

British media on Saturday flagged tweets by Brown about drugs, drinking and sex, and using gay slurs and racist terms — mostly posted before she was named to the role last week.

The revelations sparked a media furor and calls for Brown to quit, along with questions over why a teen was named crime tsar in the first place.

"Is this foul-mouthed, self-obsessed Twitter teen really the future of British policing?" asked the Daily Mail.

"The lesson of the Paris Brown debacle is that teenagers should not be advising the police," the Daily Telegraph said, calling the appointment a "ridiculous stunt" that "backfired."

Brown insisted Tuesday that she was not racist or homophobic, but had "fallen into the trap of behaving with bravado" on social networks.

She said she was giving up the role because recent media attention would hamper her ability to perform the job.

"I accept that I have made comments on social networking sites which have offended many people," she said. "I am really sorry for any offense caused."

Kent Police and Crime Comissioner Ann Barnes — who named Brown to the role — called it a "very, very sad day."

When news of the offending tweets — among them references to hash brownies, prescription drugs and getting "oh so unattractively drunk" — Barnes said she did not condone the message but urged perspective given Brown's age.

On Tuesday, she praised Brown's "moral courage" in turning down "the job of a lifetime" and facing up to recent events.

Kent Police said complaints have been made about some of the messages that Brown posted — mostly when she was between the ages of 14 and 16 years old — and that it is making inquiries before deciding if any offenses were committed.

"Been drinking since half 1 (sic) and riding baby walkers down the hall at work oh my god i have the best job ever haha," read one tweet.

Brown also described herself as racist when drunk and used slurs for gay people.

The offending tweets have been deleted.