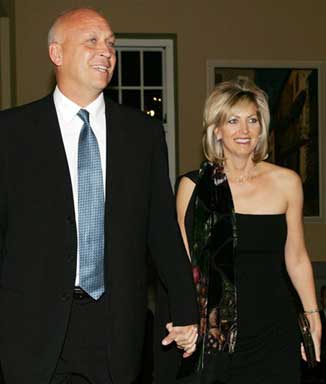 "Neil feels like he's found a home in Tennessee," Steinberg said of O'Donnell, now with his third team since leaving the Pittsburgh Steelers four years ago.

O'Donnell, who joined the Titans last July after being cut by the Cincinnati Bengals, was a key player in Tennessee's run to the Super Bowl. He went 4-1 as a starter last season when Steve McNair had back surgery.

He had signed only a one-year contract, hoping to find a starting job this season. Tampa Bay already has Shaun King at starter.

O'Donnell will remain as McNair's backup thanks to a contract worth at least $7.6 million, and he can earn more through incentives. He will get a $1 million signing bonus and average $1.3 million in each of the first two years with most of the money coming in the third year.

"It solves one very important issue that we had for the offseason," Titans president Jeff Diamond said. "We think we've got as good a one-two quarterback punch as there is in the NFL."

The Buccaneers, who had signed O'Donnell to an offer sheet in 1993 only to see him remain in Pittsburgh, had offered him much more money than the salary cap-squeezed Titans.

Steinberg said O'Donnell and his family spent Thursday night considering the Bucs' offer before deciding to stay with the Titans.

"He made a lifestyle decision really," Steinberg said. "I think his wife felt like enough is enough."

In his five starts, O'Donnell threw for 10 touchdowns and 1,382 yards. When McNair returned to the lineup, O'Donnell ran the scout team offense and kept the defense sharp during practice.

Diamond said O'Donnell has been a great addition for the Titans on and off the field.