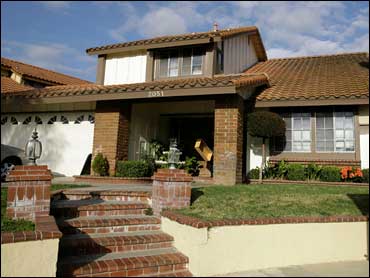 The mother of recently born octuplets may be moving to a new home and getting help to raise her brood.

Nadya Suleman's father Ed Doud is purchasing a $564,900 house in the city of La Habra in a deal is expected to close Friday, said Prudential Realty listing agent Mike Patel.

Suleman has been living in a Whittier home that is owned by her mother. But that property is being foreclosed on because the family is more than $20,000 behind in mortgage payments. Doud is divorced from her mother.

The 2,583-square-foot house in La Habra, about 20 miles east of Los Angeles, has four bedrooms, three baths and a large, fenced-in backyard. The master bedroom features a walk-in closet.

Nadya Suleman gave birth to octuplets on Jan. 26 after already having six other children.

Public sentiment on the birth took a sharp turn when it was learned all 14 of Suleman's children were conceived through in vitro fertilization, and Suleman is unemployed and single.

McGraw said in a statement that Suleman will accept childcare help from the nonprofit nursing group Angels in Waiting.

Suleman had previously said she wouldn't accept the group's offer to provide round-the-clock care because it would mean relocating to the mountain community of Lake Arrowhead, but a deal has been made to provide care at home, according to the statement.

Suleman is scheduled to appear on the "Dr. Phil" show Tuesday and Wednesday.