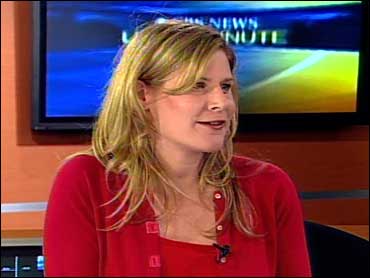 Supreme Court Justice Sandra Day O'Connor questioned the fairness of the death penalty, citing evidence that some death row inmates had inferior representation and noting that DNA testing that might clear the innocent is not yet in wide use.

"Serious questions are being raised about whether the death penalty is being fairly administrated in this country," O'Connor said in a speech Monday to the Minnesota Women Lawyers Association.

O'Connor, who has been a swing voter on death penalty cases before the high court, said last year that six death row inmates were exonerated and freed, and 90 inmates have been exonerated and set free since 1973.

"If statistics are any indication, the system may well be allowing some innocent defendants to be executed," she said.

O'Connor, 71, noted the jump in executions since she was nominated by President Reagan in 1981 to become the first woman on the court. She said there were 856 death row inmates across the country that year, compared with 3,711 in 2000. One inmate was executed in 1982, compared with 85 last year, she said.

The growing availability of DNA testing may alleviate some concerns, O'Connor said. But she added most states with capital punishment have not passed laws addressing post-conviction testing.

The U.S. Senate heard testimony last week on a bill offered by Sen. Patrick Leahy, D-Vt., that would create a national commission to set minimum standards for death penalty lawyers. The Constitution Project, an independent bipartisan group, has also called for such a commission, along with better pay for defense lawyers in capital cases.

In June, O'Connor wrote the majority opinion in a 6-3 case that spared Texas killer Johnny Paul Penry from death after raising doubts about whether sentencing guidelines were followed properly.

But in the 1999 case of a murdered Minnesota woman, O'Connor was part of a 5-4 majority that allowed the killer's federal death sentence to stand by ruling that jurors do not have to be told what will happen if they don't reach an unanimous verdict in sentencing.

Noting that Minnesota does not have the death penalty, O'Connor said, "You must breathe a big sigh of relief every day."

Contingency fees "have made more overnight millionaires than almost any othebusinesses and the perverse incentives and the untoward consequences they are creating within our profession are many," O'Connor said, adding that lawyers become "business partners of plaintiffs in seeking large-dollar recoveries rather than act as objective servants of the law."

And she said she worried that zero tolerance laws sacrifice common sense for the politics of public safety. She cited the arrest in Washington, D.C., in October of a 12-year-old girl who was eating on the subway.

"Implementation always must leave room for us to adjust to the circumstances," she said. The subway's policy was changed after an outcry over the arrest.

O'Connor made no mention of cases decided in the court's just-concluded term, including its intervention that ended the Florida recount in the presidential election.

Outside the Minneapolis hotel where she spoke, a handful of protesters criticized O'Connor for her vote in the 5-4 decision that allowed George W. Bush to declare victory.

Dan Brown carried a sign that accused O'Connor of "Grand Theft Democracy." He said O'Connor and the majority let "political judgment rather than judgment under the law" guide their decision.

"This is the most horrendous Supreme Court decision in history since declaring Dred Scott human property," said Brown, who voted for Al Gore but said he doesn't identify with one party.