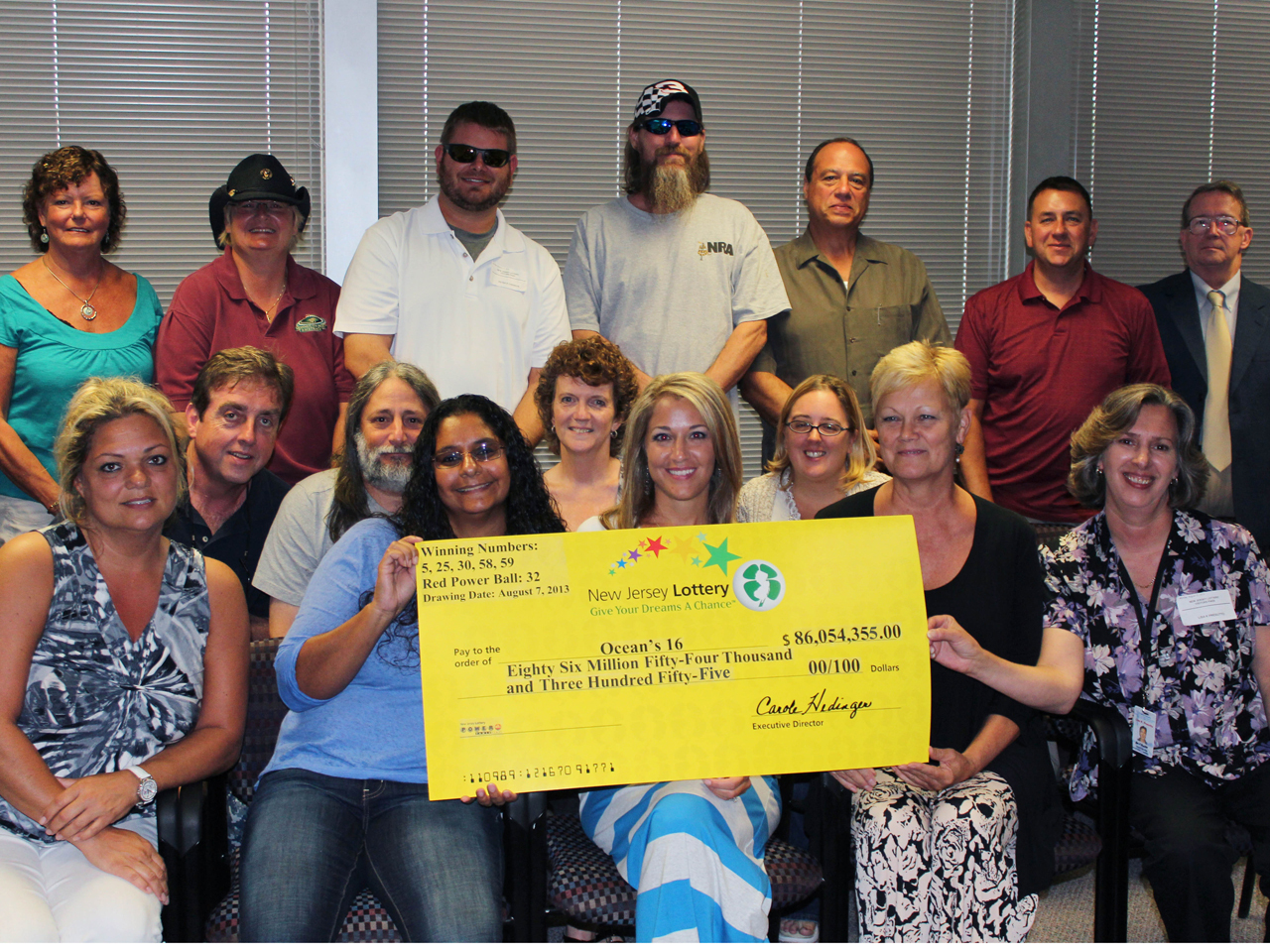 LAWRENCEVILLE, N.J. The "Ocean's 16," a group of 16 public employees on the Jersey shore who had one of three winning tickets in last week's $448 million Powerball jackpot, have come forward to claim their prize.

The nine women and seven men posed Monday at lottery headquarters with an oversized mock check made out to Ocean's 16, what the group of Ocean County employees dubbed themselves in a play on the "Ocean's Eleven" series of movies.

The check was in the amount of more than $86 million, the lump-sum value of their ticket. Each will get about $3.8 million after taxes, lottery spokeswoman Judith Drucker said.

Lottery officials are introducing the winners to the public at a news conference Tuesday in the town of Toms River, where the employees have worked for the Ocean County Department of Vehicle Services.

Drucker said at least six of the Powerball winners were affected by the storm, with some suffering flood damage.

The holder of the third winning ticket, sold in South Brunswick, N.J., has not yet come forward.