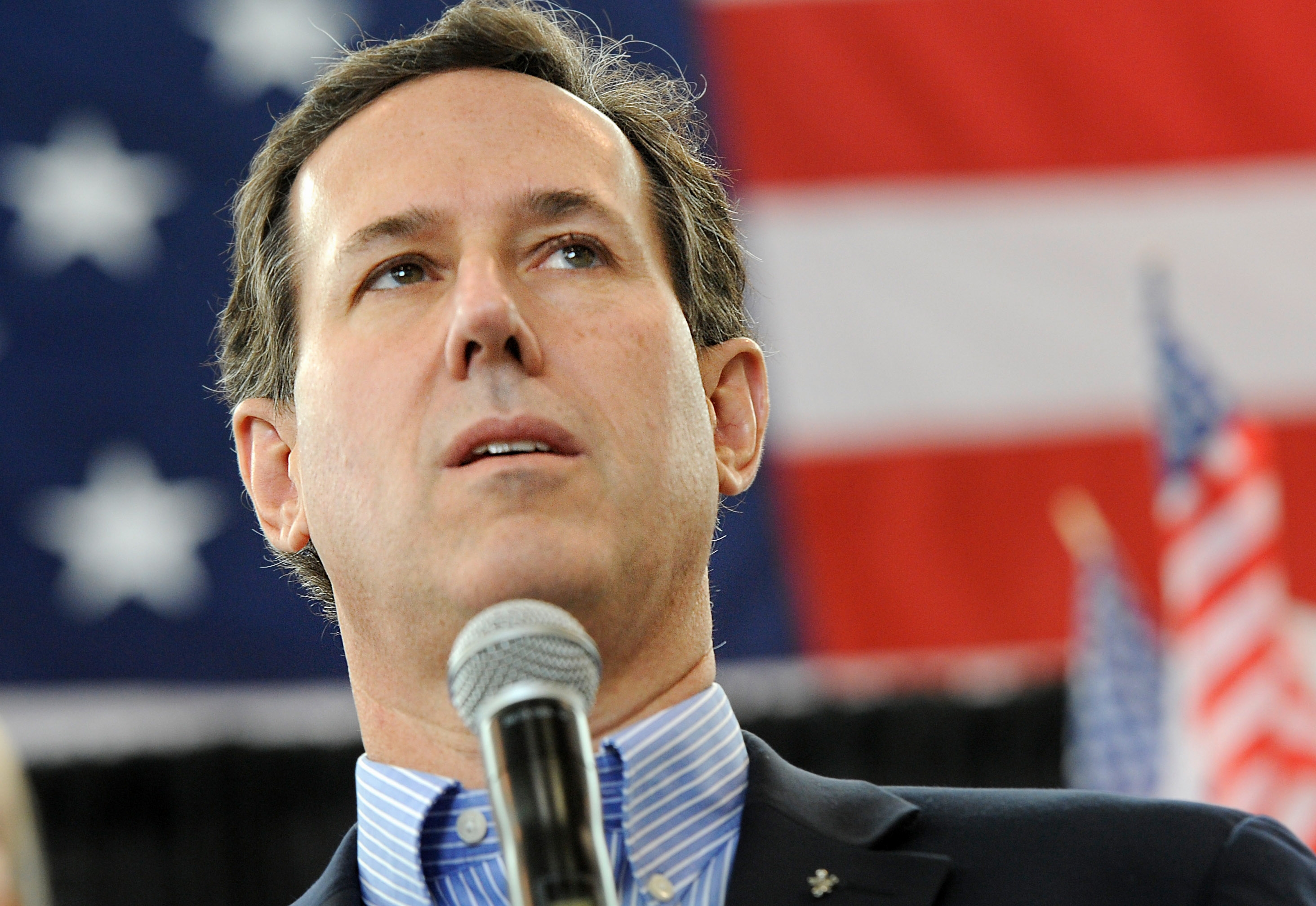 (CBS News) OKLAHOMA CITY, Okla. - A rally for Republican presidential candidate Rick Santorum was disrupted for 20 minutes on Sunday by Occupy Wall Street protestors chanting, "Get your hate out of our state," and "Pro-life, pro-war, what are you fighting for?"

Santorum supporters clashed with the protestors and tried to shout them down with "We pick Rick!" One protester was shoved, but there were no other physical altercations. Santorum was calm, and preached tolerance, but also suggested the protestors should get jobs.

"People are allowed to protest and we respect their opinion. We just happen to believe that folks who are at public rallies should let both sides to be heard," he said, and later commented, "Something that maybe these folks over here could ... maybe working a little bit instead of coming to these events and screaming at people."

Most of the Republican candidates for president have been targets of OWS protests although they seem to be more frequent and boisterous at Santorum events.

In his remarks, Santorum said Oklahoma's conservative Republicans would be pivotal in Super Tuesday's multiple contests, and said he was looking for the state's "Good Housekeeping Seal of Approval for conservatism."

"You are the conservative lodestar here. You can send a very strong message here," he said. "You go out and give us a win and you will, I guarantee you, we will go on past Super Tuesday. We will go to Alabama and Mississippi and win there and this race will turn around and we will go on and be the nominee."

"In the general election, whoever our Republican nominee is, isn't going to be able to outspend Barack Obama 6- or 7- or 8-to-1 to win an election. They're going to have to win this election being outspent. Governor Romney has never won a state in this country where he was outspent. ... What does that tell you about his ability to motivate and rally the people of America for the big change we need coming into the general election?"