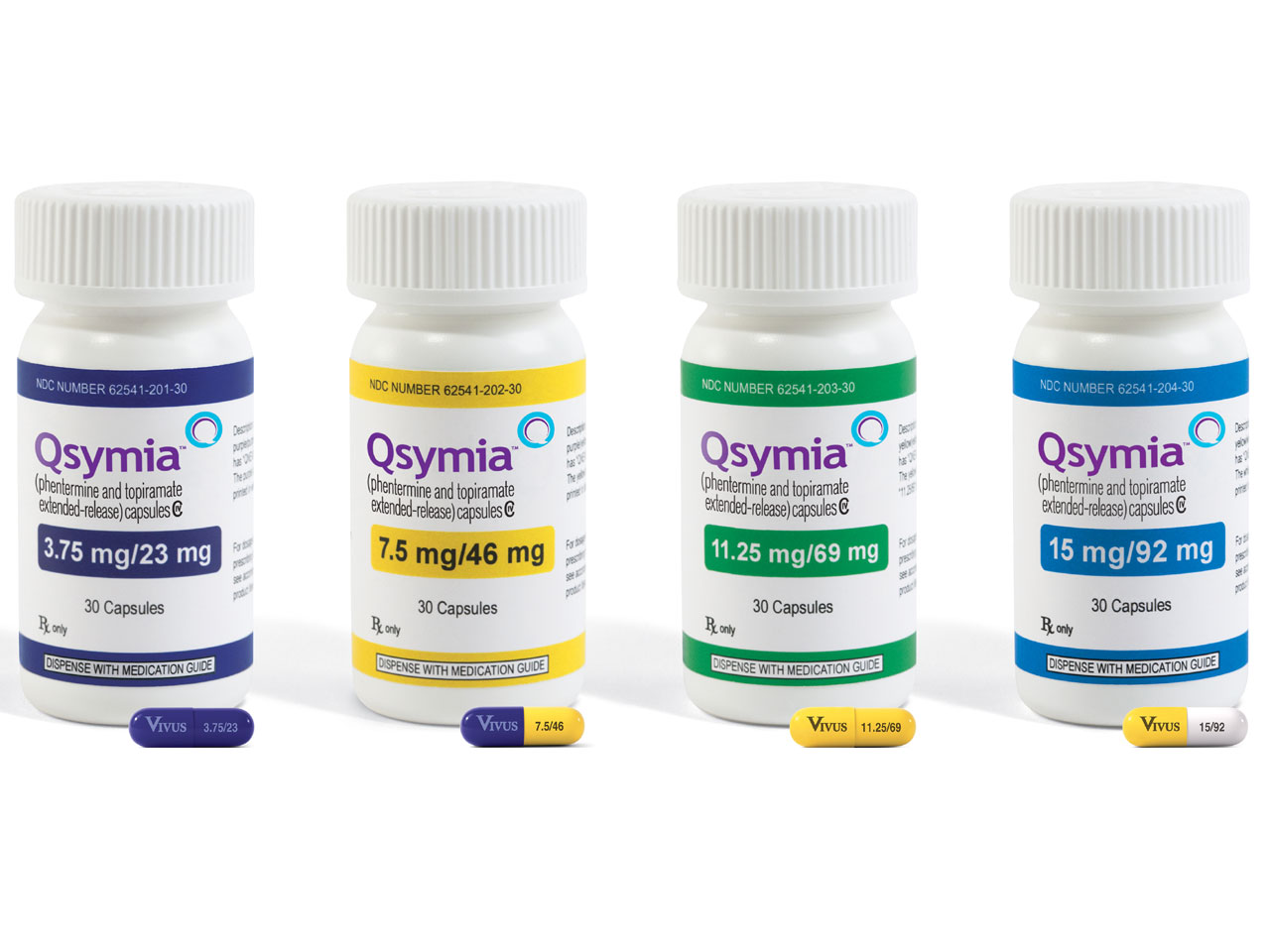 (CBS News) After months of anticipation and deliberation, the obesity pill formerly known as Qnexa has been approved by the Food and Drug Administration. The product will be sold under a new name, Qsymia.

The FDA said in an announcement Monday night that Vivus Inc.'s Qsymia is approved for overweight and obese people who have at least one weight-related health problem such as high blood pressure, Type 2 diabetes or high cholesterol. The drug is to be prescribed in combination with a reduced-calorie diet and exercise. Obesity is defined as having a body mass index (BMI) of 30 or more, while overweight people are defined as having a BMI - a ratio of height over weight - of 27 or higher.

Qnexa and the FDA: Why safe diet drugs are hard to come by
FDA approves obesity pill Belviq for obese, overweight people with weight-related health problems

According to government estimates, more than one-third of U.S. adults are obese.

"Obesity threatens the overall well being of patients and is a major public health concern," Dr. Janet Woodcock, director of the FDA's Center for Drug Evaluation and Research, said in a statement. "Qsymia, used responsibly in combination with a healthy lifestyle that includes a reduced-calorie diet and exercise, provides another treatment option for chronic weight management."

Vivus had proposed the name Qnexa in the drug's application, but an FDA spokesperson told HealthPop in an email that the drug's name was subject to review to determine if there was potential for confusion with other approved drugs, and the company eventually went with Qsymia to reduce any potential for medication errors.

Qsymia is an extended-release combination of two older drugs, phentermine and topiramate. Phentermine is an amphetamine approved for short-term weight loss and topiramate is prescribed to prevent seizures and migraines, and is supposed to make pill-takers feel more full.

Phentermine was one-half of the popular Wyeth drug fenfluramine, or fen-phen, which was tied to heart valve damage and taken off the market in 1997, resulting in a $13 billion settlement over tens of thousands of lawsuits.

The most common side effects of Qsymia were tingling of the hands and feet, dizziness, insomnia, constipation, a change in taste sensation and dry mouth. Pregnant women should not take Qsymia because it may harm the fetus, the FDA said. The FDA also doesn't recommend the drug for patients with glaucoma and hyperthryoidism, nor patients with recent heart disease or stroke, since the drug may also elevate heart rate.

The FDA said people who took Qsymia and didn't lose at least 3 percent of their body weight by the twelfth week of treatment were not likely to achieve weight loss with continued treatment, and may need a higher dose. If those patients don't lose at least 5 percent of their weight after 12 weeks on the higher dose, they should stop taking the drug.

Qsymia's approval follows the FDA's approval of another obesity pill, Arena Pharmaceuticals' Belviq, in late June. That drug was the first weight-loss pill approved by the FDA in more than a decade, since Xenical (sold over the counter as alli) was approved. Anti-obesity pills face an uphill battle for approval because the drugs often carry side effects.

Back in February, a panel of advisors to the FDA voted 20-2 in favor of approving the drug, but the group stresses that the drugmaker should conduct follow-up studies to look at the pill's effects on the heart. Qsymia was previously rejected by the FDA in 2010, under the name Qnexa, because the drug was tied to elevated heart rate, psychiatric problems and birth defects. Vivus then resubmitted the drug application with additional safety data.

The Associated Press reports that Vivus hopes to bring the drug to market by the fourth quarter of this year, and hasn't decided how much pills will cost.

"Today's decision by the FDA marks the second time that the agency has approved a new obesity treatment drug within the last 30 days," Laurie Traetow, executive director of the American Society of Bariatric Physicians said in a statement. "Obesity medicine specialists are excited about the FDA adding another tool to the obesity treatment toolbox, which for so many years had been virtually barren in the pharmacotherapy area."