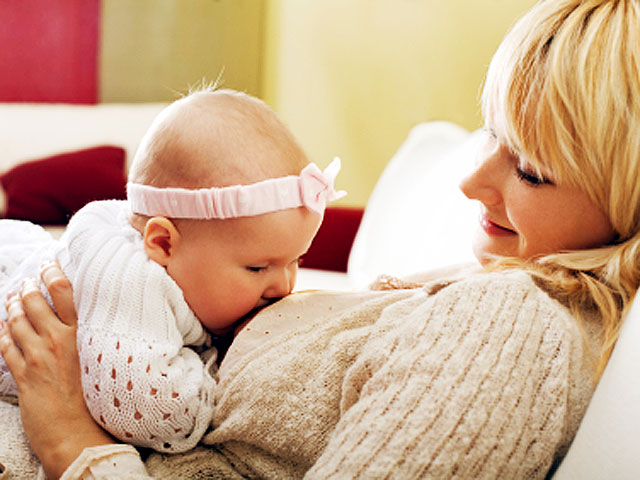 (CBS) In the battle of breast versus bottle, it seems breast has won again.

That's the conclusion of new research from Children's Hospital Boston which finds that babies who are formula fed have a much higher risk of obesity if parents give them solid foods before four months. Breastfed kids can jump on the solids bandwagon whenever mommy feels it's right, as long as they breastfeed at least four months.

Scientists tracked 850 babies from birth to three years old, according to Reuters Health. Formula fed babies who started eating solids before four months had a one in four chance of being obese by their third birthday. If parents waited until after four or five months to introduce solids, the chances of being obese were one in 20.

For babies breastfed at least four months, parents could introduce solids whenever they wanted without any ill effect.

It's important research, because up to one third of American children are now overweight and 17 percent are obese, putting them at risk for heart disease, diabetes and a host of other health problems down the line.

The research was published in Pediatrics.