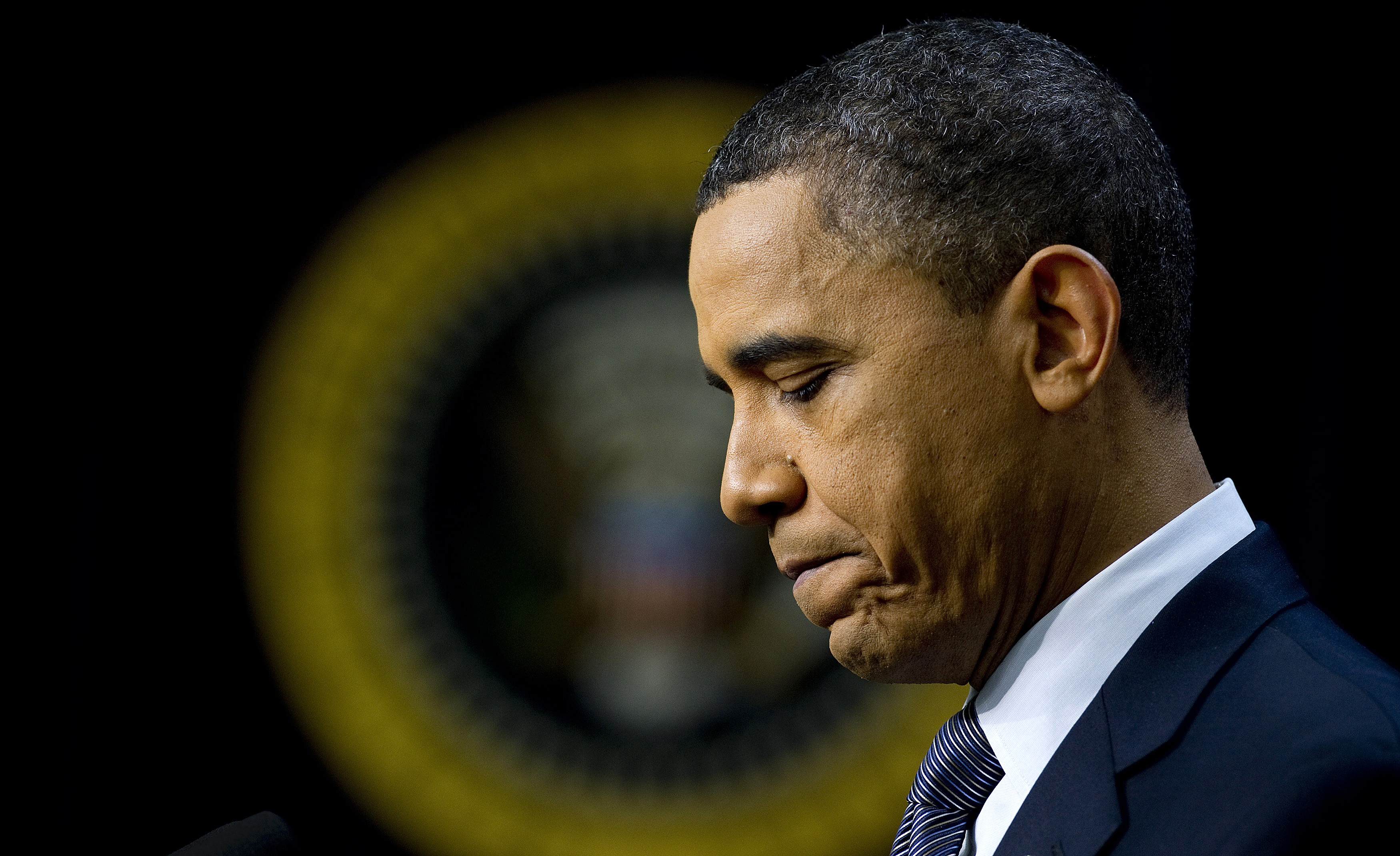 UNITED NATIONS - The U.S. was the sole veto of a U.N. Security Council Resolution, condemning Israel's settlement activities in the Palestinian territories, including East Jerusalem - a Resolution calling the settlements illegal and a major obstacle to peace. The vote of at the U.N. was 14 - 1 with the U.S. exercising its first veto since President Obama came to office -- and the only negative vote at the Security Council - after President Obama failed to win over the Arab nations and Palestinian Authority President Mahmoud Abbas, to pass a diluted Presidential statement, which has no enforcement authority, contrasting a U.N. Resolution.

The backdrop was the revolutionary change in the Middle East and Northern Africa. Negotiations were so tense at the U.N. Security Council on Friday to consider the draft Resolution that the meeting started one full hour late. There has been days of backroom negotiating and talks at the highest levels. President Obama tried to stave off the vote, personally calling Abbas, to no avail.

The statement, which the U.S. was proposing, would have said that the Council, including the U.S., does not accept the legitimacy of continued Israeli settlement activity - a weaker statement but widely criticized by both Democrats & Republicans in advance of the vote.

U.S. Ambassador to the U.N., Susan Rice, said that the U.S., regrettably, had to veto the Resolution. With the breakdown of peace talks several months ago, the Palestinian Authority has sought to unilaterally garner support at the U.N. for a declaration of a Palestinian state, based on 1967 borders, a move opposed by both the U.S. and Israel.

Abbas made it clear in a statement issued by his office, that he would rather have the U.S. veto the Resolution, drawing the U.S. into the uncomfortable position of standing alone against the entire Council, including Britain: "There is no change in the Palestinian and Arab position about the proposal presented to the UN Security Council condemning Israeli settlement on Palestinian land."

Sir Mark Lyall Grant, Ambassador of the U.K. to the U.N., delivered his statement on behalf of the United Kingdom, France and Germany, saying that all three countries are seriously concerned about the current stalemate in talks: "We each voted in favor of the draft Security Council Resolution because our views on settlements, including in East Jerusalem, are clear: they are illegal under international law, an obstacle to peace and constitute a threat to a two-state solution. All settlement activity, including in East Jerusalem, should cease immediately."

Although Obama's Ambassador to the U.N., Susan Rice, vetoed the Resolution, she made very clear that the Obama administration was distressed about its minority position on the Council, about vetoing a Resolution sponsored by 123 nations, and about the settlement activity, saying, "Our opposition to the resolution before this Council today should therefore not be misunderstood to mean we support settlement activity. On the contrary, we reject in the strongest terms the legitimacy of continued Israeli settlement activity. . .Continued settlement activity violates Israel's international commitments, devastates trust between the parties, and threatens the prospects for peace."

The U.S. position - clearly upset with Israel and made to underscore the point -- was stated in the final explanation of the vote by Ambassador Rice, "While we agree with our fellow Council members--and indeed, with the wider world--about the folly and illegitimacy of continued Israeli settlement activity, we think it unwise for this Council to attempt to resolve the core issues that divide Israelis and Palestinians. We therefore regrettably have opposed this draft resolution."

But even before the statement by the U.S. at the Council, the new Chair of the House Foreign Affairs committee, Rep. Ileana Ros-Lehtinen (R-Fla) had criticized the earlier proposal for a watered-down statement, saying: "Support for this anti-Israel statement is a major concession to enemies of the Jewish State and other free democracies," and added, "Offering to criticize our closest ally at the U.N. isn't leadership, it's unacceptable."

With Israel inhabiting a dangerous new neighborhood, and uncertainty in the region, particularly with regard to a future Egypt's commitment to the Camp David accords, negotiations of the Quartet (the U.S., Russia, E.U and U.N.) are going to be watched closely, as is the Obama administration's relationship with Israel.