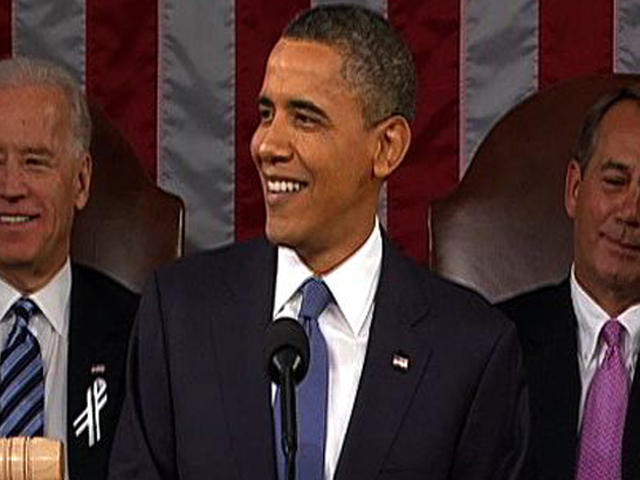 Politicians aren't really known for their comedic timing or one-liners. That's not to say they aren't funny, but a lot of the time it's not intended. Remember the term Bushisms?

In last night's State of the Union, which ran just over an hour, President Barack Obama delivered some quips, but one stood out as the joke of the night. And, although it didn't rate high on the laugh-o-meter, let's just say the president had a tough crowd.

Slate's John Dickerson writes that Obama's speech found its inspiration in corporate-speak and, well, the joke seems to have as well. Salmon and bureaucracy? Not so funny.