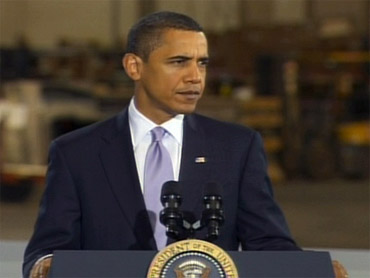 Ben Domenech is editor in chief of The New Ledger.


For all the forced comparisons to the other man from Illinois, when it comes to domestic policy, thus far there is no presidency that Barack Obama's resembles more than John F. Kennedy's. Kennedy won the 1960 election by a narrower margin, but was still swept into office in Washington as a history making figure beloved by the intellectual elite. Both were (and are) young, inspiring politicians, who broke political lines once thought impregnable - the one religious, the other racial - buoyed toward the White House by the adoration of the press. On Capitol Hill, both found themselves the beneficiaries of large, filibuster-proof Democratic majorities. And both, when it came to getting things done with those majorities, failed dramatically.

These failures were in large part thanks to a powerful bipartisan coalition that emerged, fueled by a White House operation that many members on the Hill viewed as ham-handed, misreading the mandate delivered to the president. Kennedy had a more powerful Speaker - Nancy Pelosi is no Sam Rayburn - but when he forced an issue before the House that was viewed as an overreach, Kennedy won a vote remaking the Rules Committee that destroyed his ability to control either chamber for the rest of his presidency.

Even with the strength of a rebounding economy on his watch, Kennedy's New Frontier legislation stagnated, and most of it wasn't passed until after his death, with popular opinion and the hand of LBJ whipping the Hill into shape. It's easy to forget that his weakened electoral prospects, exacerbated by doubt about his foreign policy activities and his crumbling legislative coalition, forced Kennedy to go on a stumping circuit that took him on that tour to Dallas in the first place.

Kennedy's Pyrrhic victory is paralleled in the disastrous summer Obama's experienced thus far, with the slow, bloody, incredible decline of his health care insurance "reform" proposal. The entire episode has been a primer on how not to get something passed: first, the obvious lack of anticipation for the reaction of voters older than fifty. Voters who are the largest consumers of health care are naturally predisposed to distrust government-run health care, but little or no effort was made to sell them positively on the idea of the need for this change. It's hard to pick the best metaphor for this failure, from the youth-obsessed White House's recent effort to use "viral email" to respond to critics, to a disastrous townhall meeting where New York Congressman Anthony Weiner angered the audience at a senior citizens' center by speaking through their scheduled lunch hour. The failure to recognize the danger posed by the potential outrage over the so-called "death panels" and to be prepared to respond to concerns from elderly voters is the most surprising, especially considering "rationing is already underway" isn't really a good response. Mickey Kaus has been warning about this for ages - does no one on the Democratic policy side read him any more?

Second, there was the foolish argument advanced by congressional Democrats that the reform needed to be rushed through in order to save the economy - a talking point that betrayed distrust with Obama's overall solutions on the economic front. The false sense of legislative urgency this created put a timer on the bill, and made the tick tock of moves seem all the more pressing as supporters in Congress saw their numbers back home dwindle and then cascade in an avalanche, as members met situation after situation with reactions like this.

Third, the infamous "Flagging" response to the inevitable rumor-mongering of social networks and email chains. While much of the information spread has indeed been inaccurate, the proper response to "Grampa's forwarding Snopes stuff again" isn't to engage in a tactic that gives fodder to an already naturally paranoid population. The whole thing smacked of desperation, particularly the clumsy spam email from David Axelrod, the shoddily made videos, and subsequent embarassing shutdown of the whole shebang. Axelrod was the golden boy here - even Rahm Emanuel's made mistakes - but now, after repeated failures to direct the troops of the Organizing for America machine, one has to wonder if he even understands what he's dealing with and how it's different than the campaign.

Fourth, the unscripted errors made by the President himself. The "They do it all the time… UPS and FedEx are doing just fine… It's the Post Office that's always having problems" incident being only the most prominent of several misstatements by Obama. The audacity of his musings about doctors' motivation for amputation was perhaps the most egregious - the subtext of it declared that his policies were in conflict with some of the most trusted figures in American society (Obama made this a three-fer by insulting doctors at the same time he was angering policemen with his ill-timed comments on the arrest of Prof. Henry Louis Gates, while irate firemen were testifying against his Supreme Court nominee). It was not just an unwise statement; for any other politician, it would have been a disastrous one.

Now, at the end of the day, the left is getting left behind. Southern and conservative Democrats are making unrealistic promises to their constituents about deficit-neutal programs that will force them into difficult corners come 2010. Many have to be wondering if they can count on the president to support and campaign for them - already, many Hill staffers have privately confided that the White House is really only interested in the White House, and seems to expect that Congressional midterms will take care of themselves. These town halls are so nasty and distasteful, they seem to say -let's leave the response to the Teamsters, now that they work for the government.

In all seriousness, a more modest reform proposal - one that left out the public option all along, and instead provided a way for employers to escape the insurance-provider business, enhanced portability, and made some of the cost moves in the current bill - could've been a slam dunk. It would have made some on the left unhappy, but it would've bolstered Obama's supporters and given him a great achievement to crow about, erasing the nasty taste of the stimulus package. Yet the fact that Chuck Grassley is a public enemy to the supporters of the current endeavor is all one needs to know. Overstepping and overpromising, this summer has brought Obama one step closer to resembling JFK - all glamour, no game.

By Ben Domenech
Reprinted with permission from The New Ledger