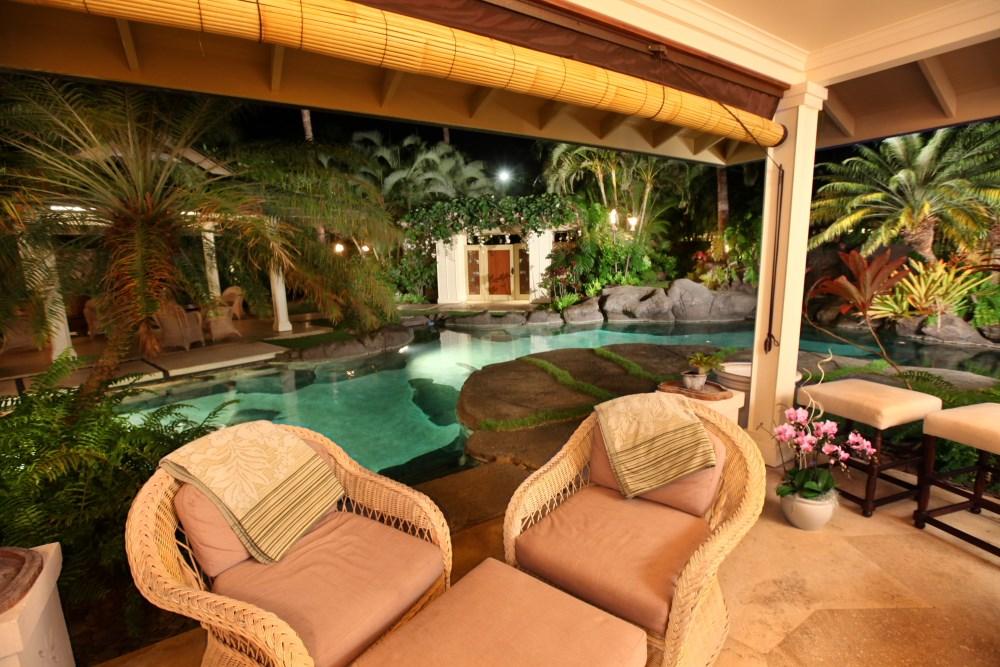 KAILUA, OAHU -- President Barack Obama and his family just wrapped up their last holiday vacation in Hawaii as the first family. Now, one of the upscale beach homes they’ve stayed at in Windward Oahu is available for rent, CBS affiliate KGMB reports.

The Obamas have stayed at several different Hawaii homes; the one they stayed at from 2008 to 2011 is up for rent.

It’s called the Plantation Estate at Paradise Point, and it was once favored by Hawaiian royalty for its views and natural beauty. It was later purchased by missionary Samuel Castle. Today, it is considered one of the most luxurious beach resort locations in the world.

According to TopTenRealEstateDeals.com, the 6,000-square-foot property includes a lagoon-style pool, several waterfalls and lanais, an outside bar and native Hawaiian plants and coconut trees.

The first family recently spent more than two weeks on Oahu, where Obama grew up. During his most recent visit, he played several rounds of golf, dined at some of the island’s finest restaurants and also joined Japan Prime Minister Shinzo Abe for a historic visit to Pearl Harbor.