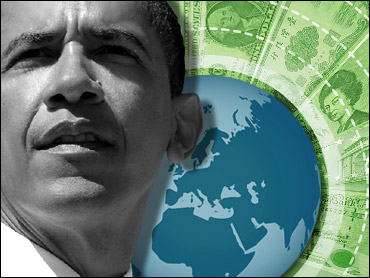 There were political advantages for Obama (and then-rival Hillary Clinton) in railing against the agreement, which many in the labor movement - a key component of the Democratic base - blame for the loss of blue-collar jobs.

But there may be something of a gap between the reality of Obama's position and the impression his words left. During the primary, Obama vowed to renegotiate NAFTA - and opt-out of the agreement if Canada and Mexico refused to join in doing so - but his plans, as they now stand, do not represent a significant overhaul of the agreement.

The primary change would be the addition of environmental and labor provisions, similar to those included in a recent trade agreement with Peru, that many economists say will not have much impact on the U.S. job market.

"Mexico and Canada could accept the same deal that Peru accepted and it wouldn't cause a big problem internationally, nor would it make much of a difference for U.S. workers or create any new jobs in the United States," said Jeffrey J. Schott, a senior fellow at the Peterson Institute for International Economics.

Obama also appears to be backing off somewhat from his heated rhetoric from the primary campaign. He suggested in an interview with Fortune this week that he doesn't want to unilaterally renegotiate NAFTA, adding that "[s]ometimes during campaigns the rhetoric gets overheated and amplified."

Obama has made clear in speeches that he does not oppose global trade: In a speech Monday in Flint, Michigan, he said he disagrees with those who believe "that the only chance to maintain our living standards is to build a fortress around America [and] to stop trading with other countries."

But the campaign of presumptive GOP nominee John McCain has seized on Obama's NAFTA rhetoric, as well as his opposition to trade deals with South Korea and Columbia, to suggest that the presumptive nominee could be considered "the most protectionist candidate that the Democratic Party has ever fielded," in the words of McCain adviser Carly Fiorina.

During a speech in Ottawa, Canada today on free trade, the Arizona senator, who supports the Korea and Columbia trade deals, did not mention Obama by name. But the target of his comments was clear.

"...even now, for all the successes of NAFTA, we have to defend it without equivocation in political debate, because it is critical to the future of so many Canadian and American workers and businesses," McCain said, according to his remarks as prepared for delivery. "Demanding unilateral changes and threatening to abrogate an agreement that has increased trade and prosperity is nothing more than retreating behind protectionist walls."

Obama economic advisor economic advisor Daniel Tarullo sharply disputes the characterization of Obama as protectionist. He suggests that the candidate wants a trade policy that shifts the benefits of globalization more in favor of labor, and argues that there are both economic and ethical considerations behind renegotiating NAFTA. Doing so, he argues, would help level the playing field by making it easier to eliminate practices like child labor and lax environmental regulation in foreign countries, both of which put American workers at a disadvantage.

"Senator Obama recognizes the impact of trade upon all Americans and wants a trade policy that works for all Americans, as opposed to Senator McCain who appears to never having seen a trade agreement he doesn't like," said Tarullo. "Senator McCain, like President Bush, appears to embrace these agreements across the board without an assessment of their impact on U.S. workers and on standards around the world."

Not all of Obama's free trade critics see the Illinois senator as protectionist: Some suggest that his rhetoric on the issue amounts to pandering, since the impact of his proposed new labor and environmental standards would be relatively minor while "the risks of renegotiation are huge," in the words of the Washington Post editorial board.

Obama's strong rhetoric on NAFTA, which most economists believe has been beneficial to U.S. interests, has also left him open to charges that he was overplaying how significant his proposed changes will be - an impression stoked by (disputed) reports that one of his economic advisors used back channels to assure the Canadian government that Obama's NAFTA rhetoric was more about politics than policy.

"He shouldn't make any promises to the Michigan worker that it's going to bring back their jobs," said one liberal economist who spoke on background.

Obama is surrounded by economic advisors who are largely supportive of free trade, and protectionist rhetoric won't enhance his stated plan to improve U.S. relations around the world. But he also covets the support of working-class voters in states like Ohio with whom such rhetoric can play well, leaving him walking a fine line as he addresses the issue in the run-up to the general election. (In an AP-Yahoo News conducted earlier this year, 64 percent of those polled said increasing international trade has hurt the economy.) Like many Democrats, Obama recently supported a Farm Bill that critics consider effectively anti-trade.

Consider the Korea deal: Obama's objections are tied, in part, to opposition to the agreement from the United Auto Workers Union and Ford Motor Company, who say unfair barriers are keeping them from selling American cars in the country.

"If South Korea is selling hundreds of thousands of cars to the United States and we can only sell less than 5,000 in South Korea, something is wrong," Obama said last week. He also objects to restrictions on South Korean imports of U.S. beef, which are tied to U.S. safety standards and concerns about mad cow disease. (Koreans have protested over the issue.)

According to Schott, Obama's opposition to the deal is grounded in politics.

"We're going to have a large trade deficit with autos whether we have this deal or not," he said, arguing that there would be a political cost, as well as an economic one, should the deal fail.

But Tarullo says that Obama believes the deal, as negotiated by the Bush administration, simply does not do a good enough job of ensuring that U.S. products have effective access to the Korean market.

"American negotiators should drive a hard bargain to get what's in the best interests of American workers," he said.
By Brian Montopoli