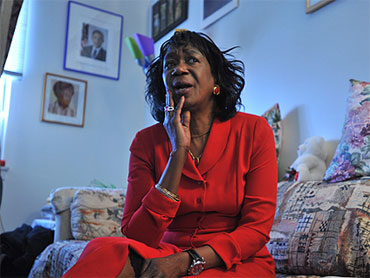 President Obama's African aunt has been granted asylum to stay in the United States, the Associated Press reports.

Zeituni Onyango, the half-sister of Mr. Obama's late father, moved from Kenya to the United States in 2000. She first applied for asylum in 2002, citing violence in Kenya, according to the AP. Onyango's request was rejected in 2004, but she stayed in the country, living in public housing in Boston.

When it was reported in 2008 that Onyango was possibly in the country illegally, Mr. Obama said he had no knowledge of her status.

Onyango testified on her own behalf in U.S. Immigration Court in Boston earlier this year. Her attorney's announced that she was granted asylum in Cleveland today, the AP reports.