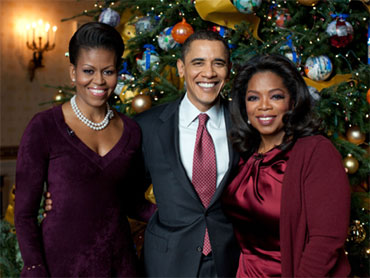 In quotes released Wednesday by Harpo Productions, President Obama tells Winfrey that as a rule he gives "nicer stuff than I get." Michelle Obama responds, "No way, I gave you good gifts last year."

Winfrey's special is to include a tour of White House holiday decorations and an appearance by Bo, the family's dog.

Winfrey also says she asked the president to give himself a grade on the job he has done. Winfrey hasn't revealed the grade Obama gave, but says it "might surprise you."