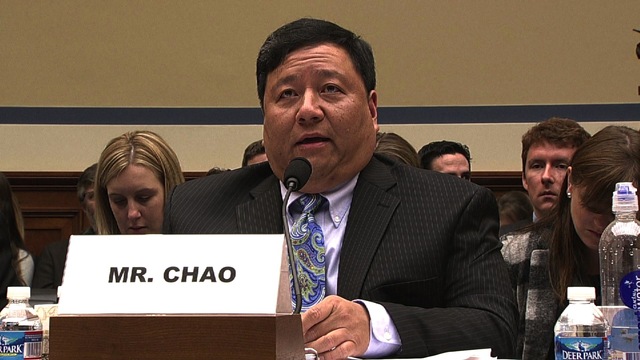 Almost three months before the botched launch of HealthCare.gov, a U.S. health official expressed frustration with a main contractor working on the website, fearing quality assurance issues could "crash the plane at take-off," according to government documents obtained by Reuters.

The documents were released by Republican investigators with the House of Representatives Energy and Commerce Committee. Republican lawmakers, who have consistently sought to undermine President Barack Obama's signature health system overhaul, are probing the law's disastrous rollout.

Two series of internal emails in July between officials at the Centers for Medicare and Medicaid Services (CMS), including HealthCare.gov project manager Henry Chao, describe struggles with contractors, staff shortages and software problems long before the federal health care website crashed on its Oct. 1 launch and threw the rollout of Obamacare into political turmoil.

In a July 16 email sent ahead of a meeting with then-prime contractor CGI Federal, Chao describes the agency's low confidence level in the project work, from constant struggles with releases to changing delivery dates and poor quality assurance on software.

"I just need to feel more confident they are not going to crash the plane at take-off," Chao says in the email, which was among several documents the Republican investigators released.

A day after writing the email about CGI, Chao assured a House Oversight and Government Reform subcommittee that HealthCare.gov would be ready on time.

Earlier in the year, Chao reportedly said of the Obamacare rollout, "Let's just make sure it's not a third-world experience."

House Energy and Commerce Committee Chairman Fred Upton, R-Mich., responded in a statement that past assurances from the Obama administration undercut their promises to get the website running smoothly for most users by Nov. 30.

"The botched rollout has created a serious question of competence and trust in the administration that we will continue asking at our hearing next week," he said. "Rather than pushing forward with unachievable deadlines to fix its failures outside of Congress, the administration needs to begin working with Congress on a real plan to protect the American people from this disastrous law."

Officials at CGI Federal, the U.S. subsidiary of Canada's CGI Group Inc, were not immediately available for comment.

CMS released a statement that did not directly address Chao's email but described the challenging task of building HealthCare.gov. "This is a complex project with a short timeline," CMS said.

Chao, the deputy chief information officer at CMS, declined a request to speak directly with Reuters.

President Obama and administration officials have come under fire for launching a malfunctioning website, but it's not clear if officials knew the extent of the site's problems or when they knew.

It is not known whether Chao learned new information to change his assessment in the intervening hours.

On July 20, he distributed a video link to the testimony via email and urged CMS staff to make good on the pledge to lawmakers.

"I wanted to share this with you so you can see and hear that both Marilyn and I under oath stated we are going to make Oct. 1," Chao wrote.

"I would like you (to) put yourself in my shoes standing before Congress, which in essence is standing before the American public, and know that you speak the tongue of not necessarily just past truths but the truth that you will make happen."

But HealthCare.gov, the federal government's health insurance marketplace portal for millions of uninsured people in 36 states, crashed shortly after its launch and has been plagued by technical problems even since.