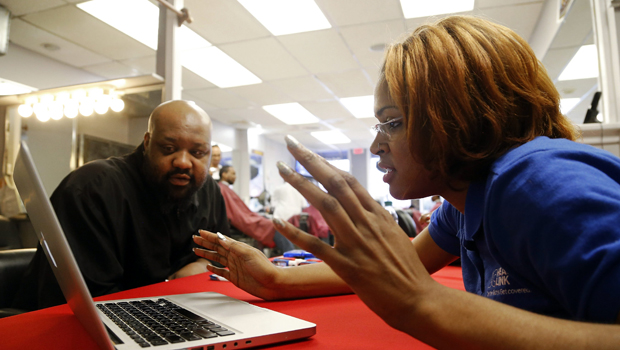 Officials are trying to fix a problem that could be a headache for hundreds of thousands of taxpayers enrolled in Obamacare.

This is the first year that Americans who have health insurance through Obamacare, officially known as the Affordable Care Act, are filing taxes that include the subsidies that have helped them afford coverage -- on average about $268 a month.

But now the government is saying that some of that information is wrong and telling nearly a million taxpayers to hold off filing their 2014 returns, CBS News' Julianna Goldman reports.

The error affects about 800,000 people who bought insurance through HealthCare.gov and who the administration said have now received inaccurate information on their tax forms.

Between 40,000 and 80,000 people already filed their taxes with the wrong data, and officials said the Treasury Department will provide them with additional information. So for now, all those affected are being told to wait.

Andrew Slavitt, with the Centers for Medicare and Medicaid Services, said the government needs time to sort out the mistakes.

The administration has also announced a special enrollment period from March 15 to April 30 for people who did not realize they'd have to pay a penalty for not having health care coverage.

About 6.5 million people are receiving tax credits to help pay for their insurance through the federal marketplace. Officials don't yet know what caused the problem for the 800,000, but options range from human error to a software glitch.

With filing season underway, it's causing complications. The world's largest tax services provider, H&R Block, warned in a statement Friday that those who already filed "could face an additional repayment obligation." Others could see their tax returns delayed.

Friday's snafu is a blemish on the federal enrollment season, which officials said saw 11.4 million people sign up or renew Obamacare plans. It's reminiscent of last year's debacle when the federal website crashed multiple times at launch.

In a letter sent late Friday to the Department of Health and Human Services, Rep. Pete Roskam, R-Illinois, demanded answers, writing "This error has created additional uncertainty in a tax season already filled with unprecedented challenges and complexity for taxpayers."

It's also amplifying calls from Republicans to repeal the law.

The White House is playing down the glitch, saying this is just a very small fraction of people affected and they should still have plenty of time to file by the April 15 deadline with the right information.