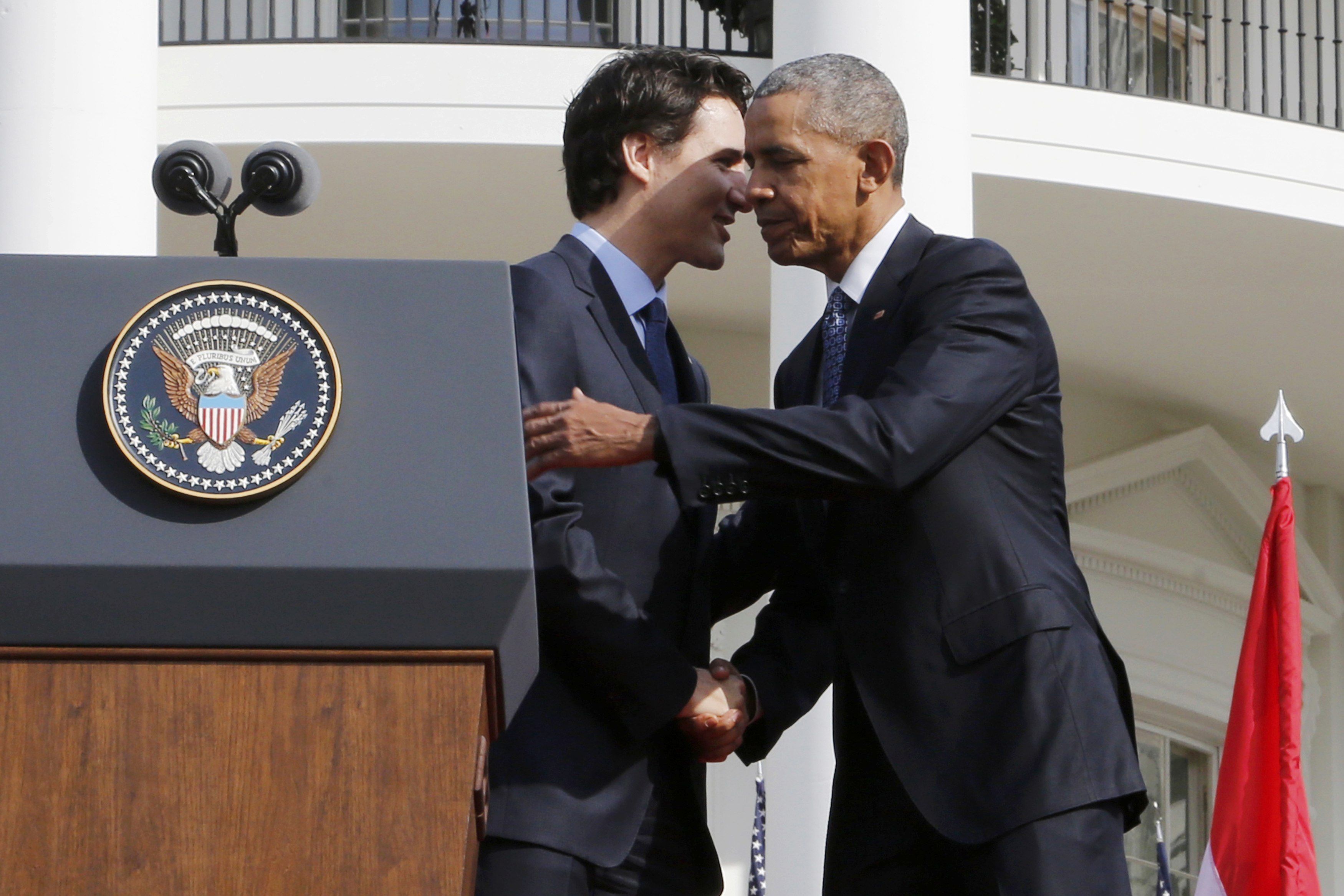 Mr. Obama opened his remarks by noting that Trudeau's trip is the first official visit by a Canadian prime minister in nearly 20 years.

The president also gave a nod to the Canadians that Americans encounter in their everyday lives, saying jokingly "they sneak up on you."

While the two neighboring countries have had a friendly relationship over the years, according to the president, "there's some things we will probably never agree on."

He ticked them off: "Who's beer is better. Who's better at hockey."

The last statement drew some boos from the audience.

"Where's the Stanley Cup right now?" the president questioned in response. "I'm sorry, is it in my hometown with the Chicago Blackhawks?"

But Mr. Obama was not alone in poking fun at the two nations' hockey competition.

When Trudeau spoke, he got a few jabs in as well.

"Speaking of exports, we know with certainty that there's a high demand for Canadian goods down here," the prime minister said. "The few that come to mind that President Obama just rightly recognized as being extraordinary contributors to the American success story is Jonathan Toews ...Duncan Keith and Patrick Sharp of the Chicago Blackhawks."

Mr. Obama and Trudeau, who is in Washington, D.C. for an official State dinner, also recommitted their two countries to expanding their climate change efforts.

The two North American leaders pledged to take a "leadership role internationally in the low-carbon global economy over the coming decades," according to a joint statement Thursday.

The White House unveiled a new effort Thursday to regulate methane emissions from oil and gas facilities, which EPA chief Gina McCarthy has said were "upwards of 20 times more potent than carbon dioxide in warming the planet."

The heads of state also promised to do more in preserving Arctic biodiversity and committed once more to agreements reached during last year's Paris climate talks.

"With this visit, I believe that the United States and Canada can do even more together," Mr. Obama said Thursday. "Even more to protect our countries and our communities -- especially in the Arctic -- from climate change, just as we acted together at Paris to reach the most ambitious agreement in history to fight climate change."