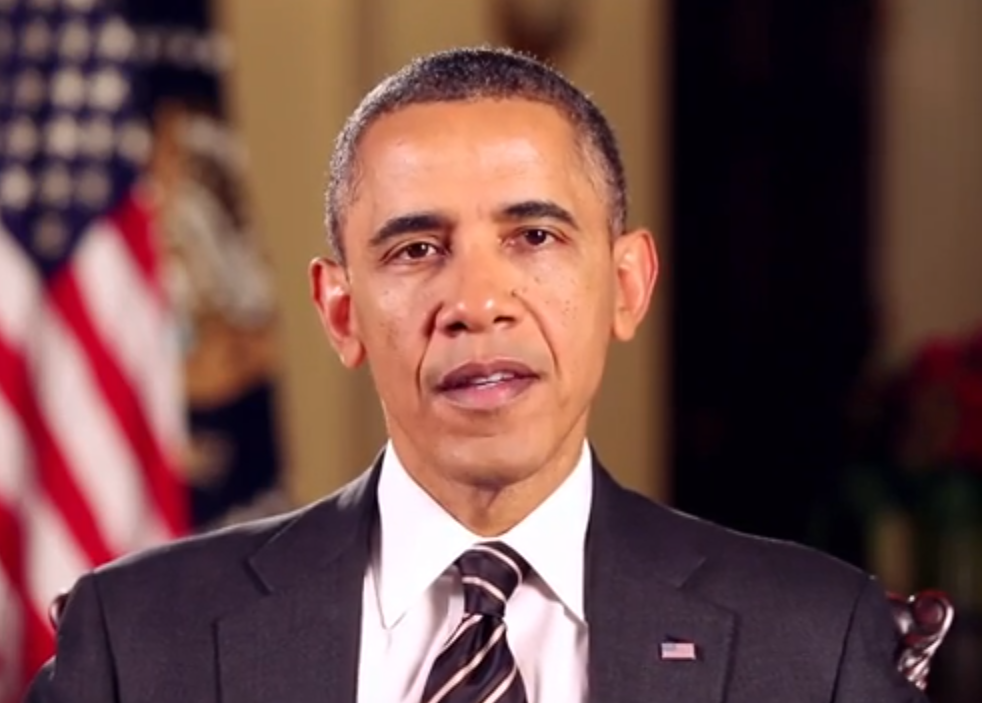 President Obama marked the one-year anniversary of the deadly shooting rampage at Sandy Hook Elementary School in Newtown, Conn., in a solemn weekly address on Saturday, reflecting on the grief that still attends the tragedy and his resolve to prevent another like it.

“Newtown is a town like so many of our hometowns,” he said. “The victims were educators and kids that could have been any of our own, and our hearts were broken for the families that lost a piece of their heart, for the communities changed forever; for the survivors, so young, whose innocence was torn away far too soon.”

The shooting in Newtown claimed the lives of 20 children and six faculty members at Sandy Hook. The shooter, Adam Lanza, also killed his mother before the massacre and eventually turned his gun on himself.

Underneath the abiding sadness that will always accompany memories of that day, the president said, is a “sense of resolve - that these tragedies must end, and that to end them, we must change.”

It was a message the president also delivered in a speech only days after the shooting, when he called on Americans to reflect on a spate of recent mass shootings and questioned whether the country was really doing all it could to prevent them.

In his address on Saturday, Mr. Obama praised the parents of Newtown - “men and women, impossibly brave, who stepped forward in the hopes that they might spare others their heartbreak. And they were joined by millions of Americans - mothers and fathers, sisters and brothers - who refused to accept these acts of violence as somehow inevitable.”

Those parents have been the tip of the spear in efforts to strengthen America’s gun laws following the shooting, but those efforts have largely been stymied throughout 2013. A bill to expand background checks for gun buyers, despite a promising early prognosis, failed to clear the Senate. Bills reinstating the ban on semiautomatic assault weapons and limiting the size of ammunition magazines never even reached the Senate floor. In fact, by the end of 2013, the only victories gun control advocates could point to were a series of executive actions the president took in the wake of the Sandy Hook shooting and an extension of the Undetectable Firearms Act, which bans the manufacture, sale, or possession of guns that evade detection by X-ray machines or metal detectors.

That meager record of accomplishment, the president said, shows that “we haven’t yet done enough to make our communities and our country safer.”

“We have to do more to keep dangerous people from getting their hands on a gun so easily. We have to do more to heal troubled minds. We have to do everything we can to protect our children from harm and make them feel loved, and valued, and cared for,” he said. “As a nation, we can’t stop every act of violence. We can’t heal every troubled mind. But if we want to live in a country where we can go to work, send our kids to school, and walk our streets free from fear, we have to keep trying. We have to keep caring. We have to treat every child like they’re our child. Like those in Sandy Hook, we must choose love. And together, we must make a change.”

The president also observed a moment of silence on Saturday morning at the White House in remembrance of the victims.