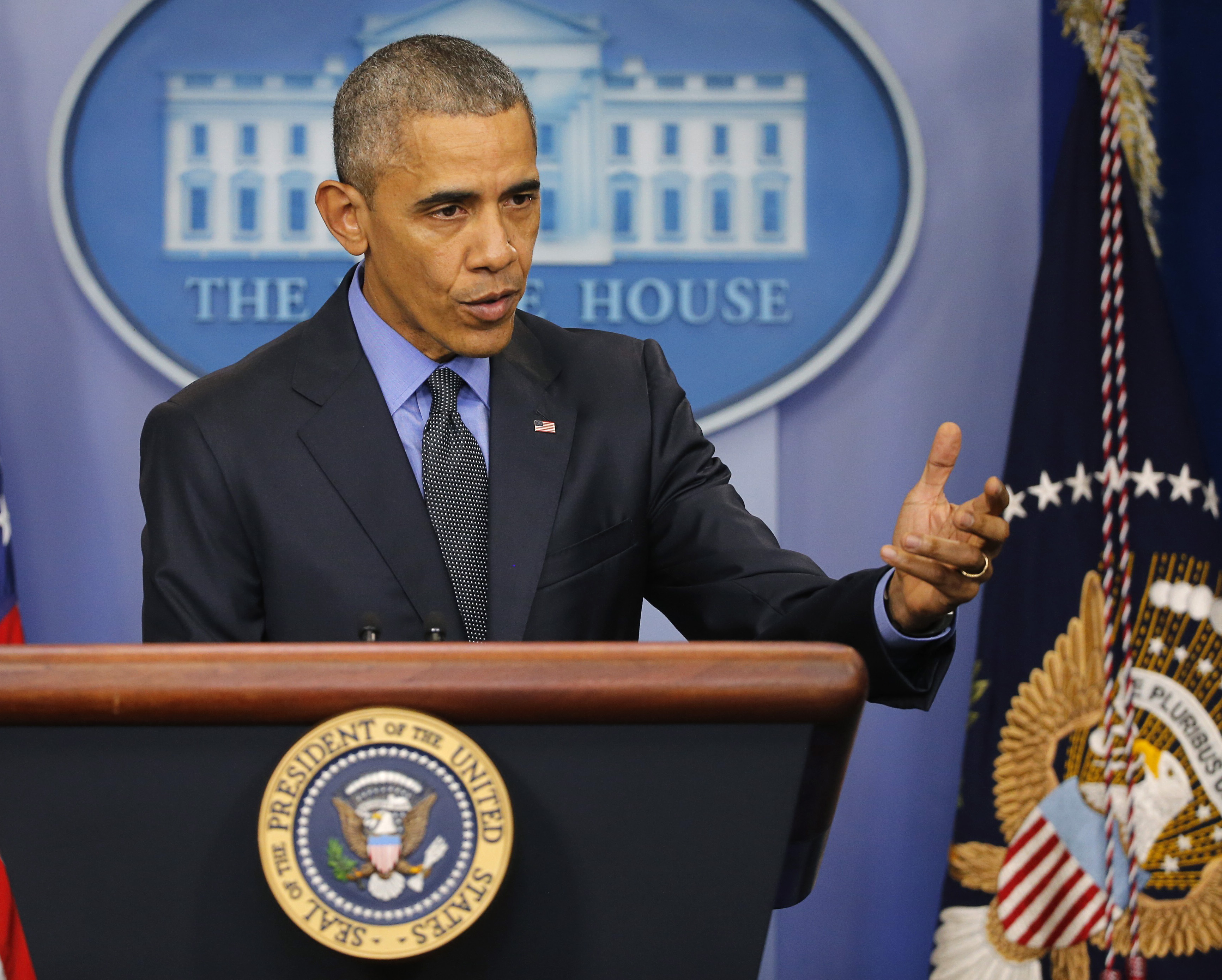 President Obama on Friday defended the U.S. decision to participate in coalition airstrikes in Libya in 2011, arguing that inaction could have resulted in an even worse outcome.

"Those who argue in retrospect, 'We should have left [Muammar] Qaddafi in there,' seem to forget that he had already lost legitimacy and control of his country and we could have, instead of having what we had in Libya now, we could have had another Syria in Libya now," Mr. Obama said at his year-end press conference at the White House.

The president was asked to respond to various GOP presidential candidates who say regime change in places like Libya and Iraq was a mistake.

In the midst of the Arab Spring in 2011, the U.S. joined an international coalition to launch airstrikes against Qaddafi's regime after it responded with violence to peaceful protestors. Qaddafi was found and killed later that year.

Mr. Obama called Libya "sort of an alternative version" of Syria, and said that the one failure in Libya was that the U.S. and its allies didn't move fast enough.

"The problem with Libya was the fact that there was a failure on the part of the entire international community, and I think the United States has some accountability, for not moving swiftly enough and underestimating the need to rebuild government there quickly," he said.

Meanwhile, Obama reiterated that in order for there to be an end to the civil war in Syria, it requires Syrian President Bashar al-Assad to go.

"I think that Assad is going to have to leave in order for the country to stop the bloodletting and for all the parties involved to be able to move forward in a non-sectarian way," Obama said. "That is going to be a difficult process, it's going to be a painstaking process, there is no shortcut to that."