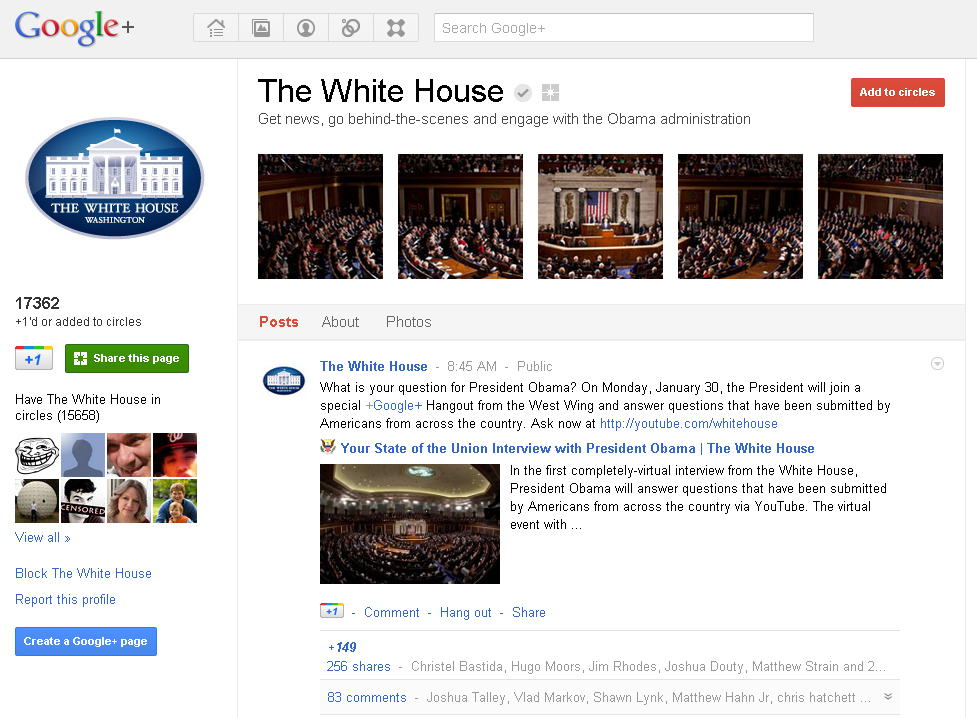 The State of the Union has been a social affair for decades, with lawmakers hobnobbing on the House floor ahead of the speech and guests of the president gathering in his box to watch the remarks itself. But this year, President Obama is taking social to the masses.

Mr. Obama gives his State of the Union speech Tuesday, and less than a week later he plans to be "hanging out" on Google's social networking site Google Plus to answer questions on some of the ideas he raised in the high-profile speech.

The speech will "lay out his vision for a nation where hard work and responsibility are rewarded, where everyone does their fair share, and where everyone is held accountable for their actions," according to a White House blog post.

The subsequent 45-minute "hangout" session on January 30 will consist of a live video chat in which Mr. Obama answers questions submitted by Americans via YouTube. The president will join the chat from the West Wing, and some of the people who submitted questions will even be invited to participate in the live conversation with him.

During the speech itself, the White House will stream an enhanced version of the speech (at whitehouse.gov/sotu) that features graphics and data to complement the president's remarks.