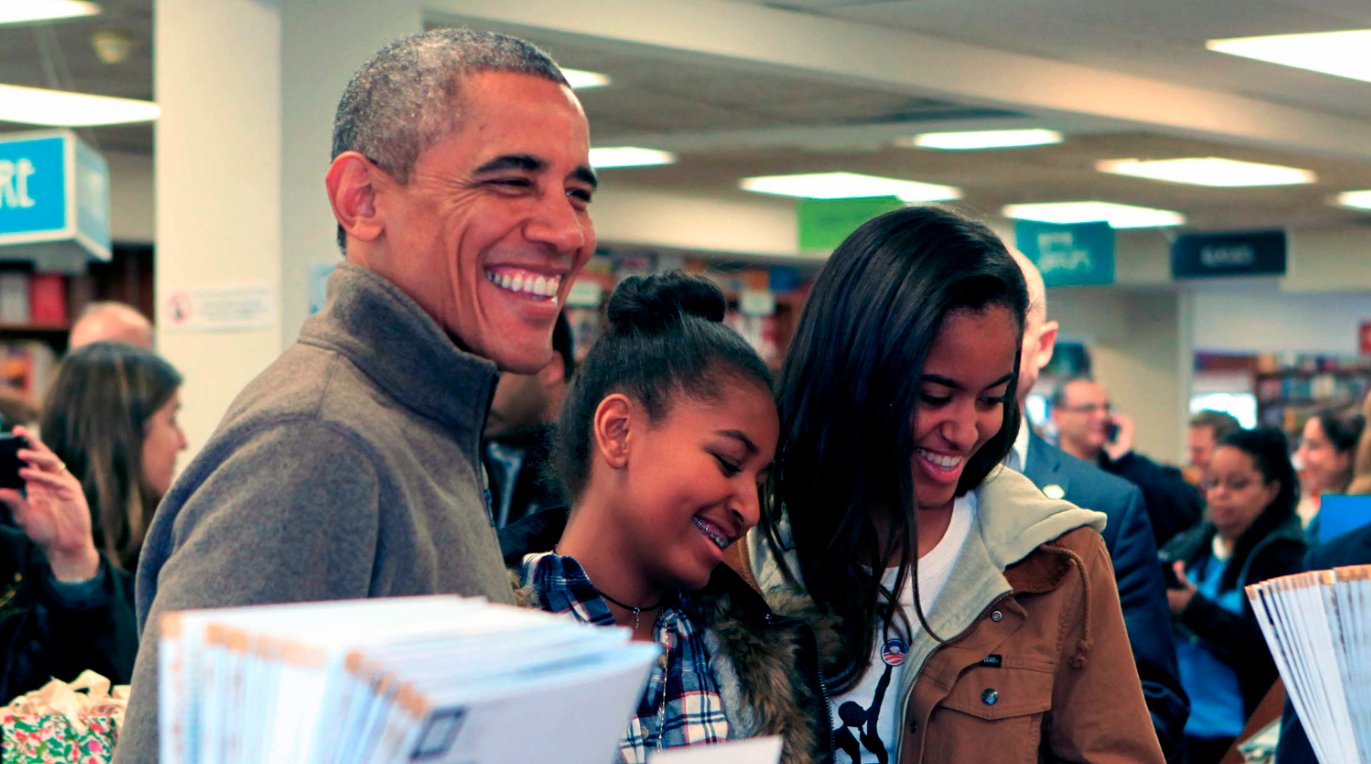 President Obama jumped into the holiday shopping frenzy on Saturday, visiting Politics and Prose, a bookstore in Northwest Washington, D.C. that he and his family have frequented since arriving in the nation's capital.

Mr. Obama was accompanied by daughers Malia and Sasha. It was the fourth year in a row the president has visited a local bookstore on "Small Business Saturday," a day promoted in recent years as an alternative to the large retailer mania of "Black Friday."

"You from out of town?" one of the clerks at the bookstore asked the president as he began checking out.

"I am," the president replied. "Do I get a discount for that?"

"Upcharge sometimes," the clerk replied. Another added, "I think you get the neighbor discount."

As he surveyed some books behind the counter, one title caught the president's eye: "The Stranger," an account of Mr. Obama's presidency written by NBC News' Chuck Todd.

"How is he writing a book already?" asked Malia Obama. "Sad."

The staff began depositing the pile of books Mr. Obama purchased into a bag, and one employee remarked, "You must have a lot of time on your hands."

"Well ... some of these are Christmas presents," the president explained.

One onlooker tried to get the president to wade into politics, telling Mr. Obama, "I hope you can close Guantanamo," referring to the U.S. detention facility at Guantanamo Bay, Cuba, that the president has been working to shutter since 2009.

"We're working it," the president assured the man.

When he finished checking out, the president handed his card to an employee and said, "I hope it works!"

As the press pool was ushered outside, the president offered a brief farewell. "Alright guys," he said. "Happy Thanksgiving. Merry Christmas."

The White House later provided a list of books purchased by the president:

- Being Mortal: Medicine and What Matters in the End - Atul Gawande

- Junie B. Jones and a Little Monkey Business - Barbara Park

- Nuts to You - Lynn Rae Perkins

- Junie B. Jones and the Stupid Smelly Bus - Barbara Park

- The Narrow Road to the Deep North - Richard Flanagan

- All the Light We Cannot See - Anthony Doerr