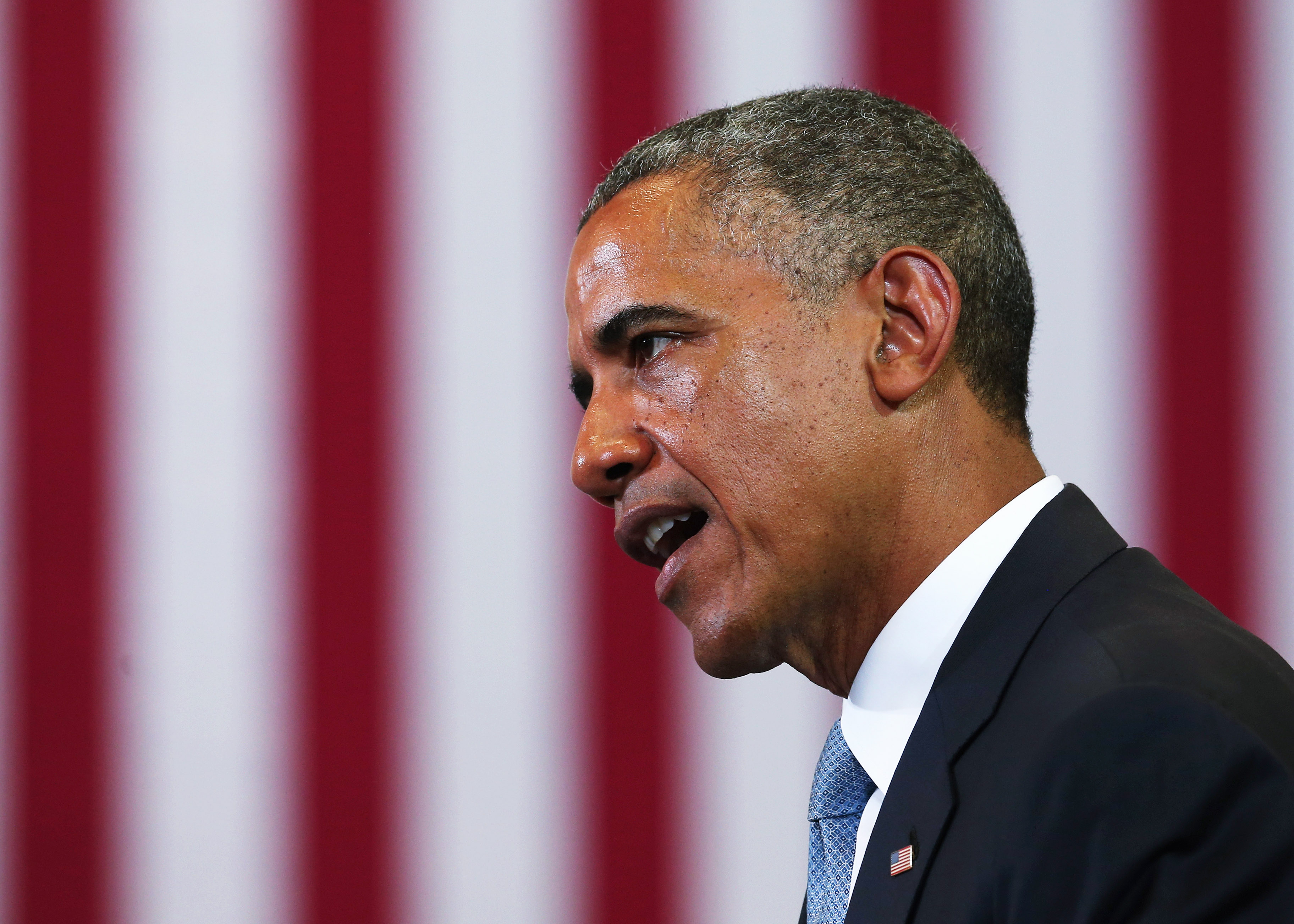 Most of President Obama's West Coast fundraising trip has been spent raising money behind closed doors, but appeared publicly to the Los Angeles Technical College Thursday to push Congress to close loopholes for U.S. businesses that shift their residences abroad to avoid a higher tax bill.

It's a political nonstarter in Congress during an election year, but could help Democrats - who are fighting to keep control of the Senate - rally voters ahead of November's midterm elections.

The president was clearly in campaign mode at the speech. He urged the crowd not to get dragged down by cynicism, though he conceded that, "the hardest thing in politics is to change a stubborn status quo."

"Its even harder when Washington seems focused on everything but the concerns of you. There are plenty of folks out there who count on you being cynical and say you're not going to vote, you're not going to get involved, and that just gives more power to the special interests who already benefit from the status quo," the president said. "Don't let the cynics get you down. Cynicism is a choice and hope is a better choice."

The president framed his remarks around the idea of "economic patriotism," a recurring theme he has used recently to encourage the idea of closing tax loopholes to help fund investments in education and job training. He's used the term in speeches recently calling for a long-term infrastructure plan for the U.S., and his four-year, $302 billion transportation proposal is funded in part by closing tax loopholes for companies that send profits overseas.

The tactic Mr. Obama targeted Thursday is known as "inversion," the process in which a U.S. company reorganizes with a foreign entity to avoid paying U.S. taxes even while the headquarters and most of the business remain here. The practice has occurred across several industries including pharmaceuticals, retail, consumer and manufacturing.

"These companies are cherry picking the rules. And it damages the country's finances. It adds the deficit. It makes it harder to invest in things like job training that help keep America going. It sticks you with the tab to make up for what they're stashing offshore through their evasive tax policies," Mr. Obama said.

Noting that inversion is technically legal, Obama urged lawmakers to close what he called an "unpatriotic tax loophole."

"My attitude is i don't care if its legal, its wrong," he said. "There's nothing wrong with companies expanding to foreign markets but you don't get to pick the tax rate you pay."

In a letter Treasury Secretary Jack Lew wrote to the heads of the House Ways and Means Committee and Senate Finance Committee last week he wrote that the practice serves to "hollow out the U.S. corporate income tax base."

Lew encouraged Congress to pass business tax reform that lowers the corporate tax rate and broadens the base while closing loopholes. But to prevent the inversions, Lew noted that Mr. Obama included a proposal in his 2015 budget that would now allow companies to change the country in which they pay taxes without handing over control of the company itself to a foreign entity. He said Congress should make this legislation retroactive to May 2014 to prevent a last-minute wave of businesses seeking to move their tax home ahead of any changes in the law.

Sen. Orrin Hatch, R-Utah, the top Republican on the Senate Finance Committee, wrote back to Lew that he shared a concern about the inversions but did not believe in enacting "punitive, retroactive policies" like the ones Mr. Obama is proposing. Instead, Hatch called for alternatives that "could easily be enacted and are less punitive and restrictive to businesses than those outlined in your letter."