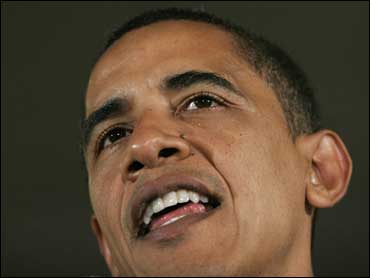 Democratic presidential candidate Barack Obama on Tuesday offered a sweeping health care plan that would provide every citizen a means for coverage and calls on government, businesses and consumers to share the costs of the program.

Obama said his plan could save the average consumer $2,500 a year and bring health care to all. Campaign aides estimated the cost of the program at $50 billion to $65 billion a year, financed largely by eliminating tax cuts that are scheduled to expire. President Bush wants to make those cuts permanent.

"The time has come for universal, affordable health care in America," Obama said in a speech in Iowa City, at the University of Iowa's medical school.

While Obama's plan is aimed at expanding coverage, he said cutting costs was also essential.

"We have reached a point in this country where the rising costs of health care has put too many families and businesses on a collision course with financial ruin and left too many with no coverage at all," Obama said. "This cost crisis is trapping us in a vicious cycle."

Obama's plan retains the private insurance system but injects additional money to pay for expanding coverage. It would also create a National Health Insurance Exchange to monitor insurance companies in offering the coverage.

Those who can't afford coverage would get a subsidy on a sliding scale depending on their income, and virtually all businesses would have to share in the cost of coverage for their workers. The plan is similar to the one covering members of Congress.

Obama's package would prohibit insurance companies from refusing coverage because of pre-existing conditions.

The plan doesn't have the mandate that rival Democratic candidate John Edwards is proposing to ensure that all Americans get coverage. The 2004 Democratic vice presidential nominee would require everyone to have health insurance, much like state requirements for auto insurance for every driver. Both candidates would require businesses to help cover their workers.

New York Sen. Hillary Rodham Clinton, who oversaw a massive but unsuccessful project to overhaul the nation's health care system while she was first lady, has promised universal health care but has yet to provide specifics.

Obama also called for a series of steps to overhaul the current health care system. He would spend more money boosting technology in the health industry such as electronic recordkeeping, put in place better management for chronic diseases and create a reinsurance pool for catastrophic illnesses to take the burden of their costs off of other premium payers.

His plan also envisions savings from ending the expensive care for the uninsured when they get sick. That care now is often provided at emergency rooms. The plan also would put a heavy focus on preventing disease through lifestyle changes.

Obama conceded that the overall cost of the program would be high.

"To help pay for this, we will ask all but the smallest businesses who don't make a meaningful contribution to the health coverage of their workers to do so to support this plan," said Obama. "And we also will repeal the temporary Bush tax cut for the wealthiest taxpayers."

Unveiling the proposal marks a crucial step for Obama. Serving in his first term as a senator, Obama often is criticized as not having the experience to be a serious candidate for the party's nomination.

Some also see him as offering more style than substance, and he's clearly hoping that spelling out a detailed plan to offer health care for all will deflect those criticisms. Polls also have shown that voters rank health care as among their top concerns.