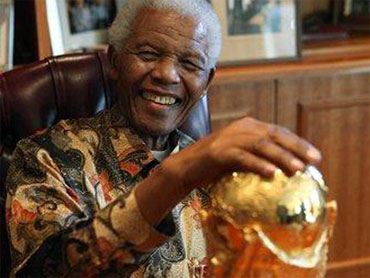 President Obama will pen the foreword to Nelson Mandela's new book, according to the book's publisher.

Farrar, Straus and Giroux announced today that the president will write the forward for "Conversations with Myself," which is slated for release in October. A press release from the publisher said the book will draw on the journals, diaries and letters the former South African president kept during and after his anti-apartheid struggle, Media Bistro notes.

Mandela's 1994 autobiography "Long Walk to Freedom" has sold millions copies worldwide. Mr. Obama's own books, "Dreams From My Father" and "The Audacity of Hope," were best sellers.