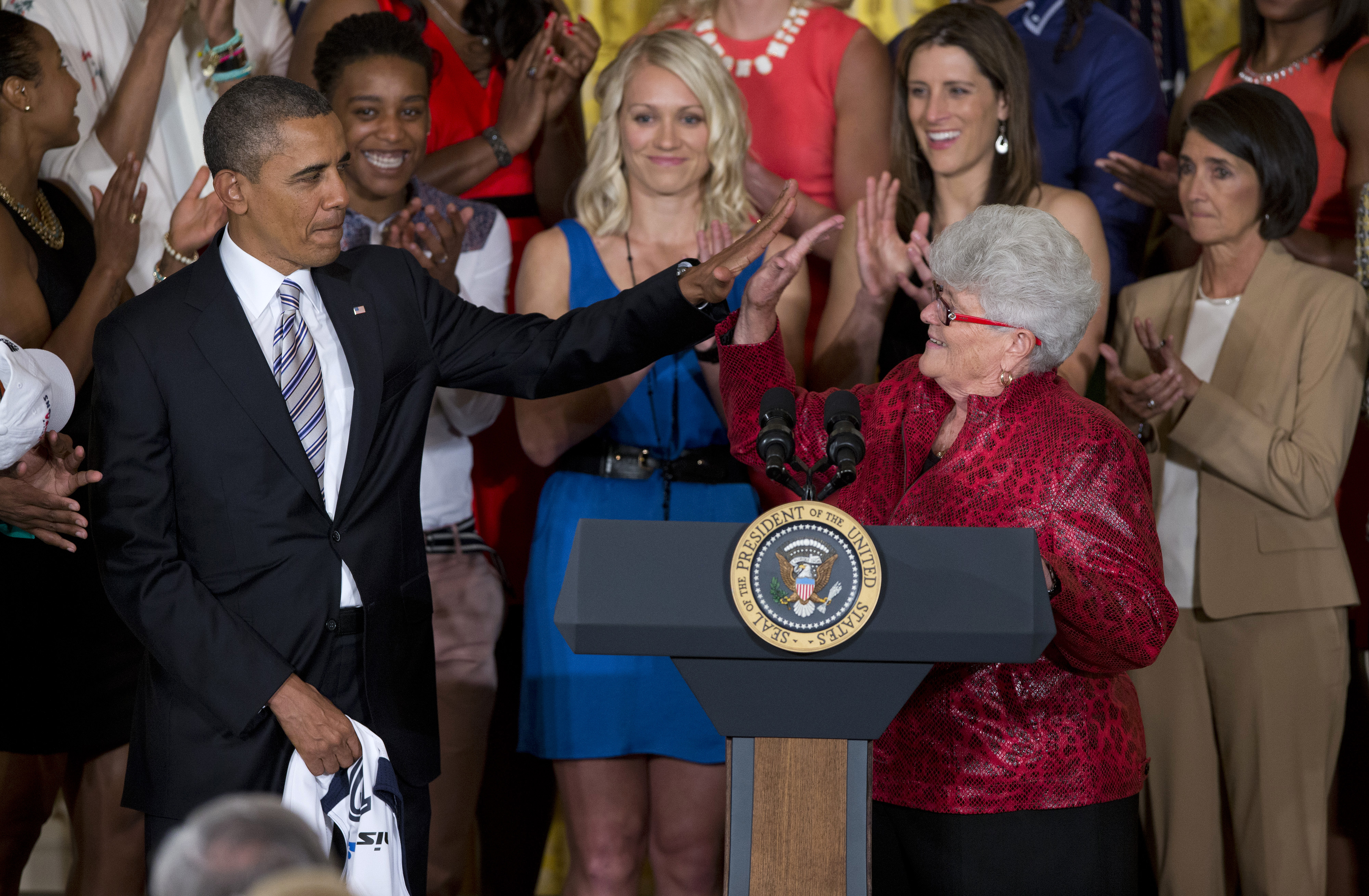 At a ceremony honoring this year's WNBA champions, President Obama on Friday congratulated the Indiana Fever for their 2012 title - and thanked them for being "the kind of models you want" for your kids.

Mr. Obama, a famed basketball fanatic, quipped about the "friendly" basketball rivalry between Indiana and Illinois - home of his beloved Chicago Bulls - before turning to the women's record on and off the court.

"I still recognize those Midwestern values when I see them," he said. "You look out for your teammate, you keep fighting no matter what gets thrown at you... That toughness got this team through a season with more than its fair share of injuries."

He praised the team for its record of community service, as well as for serving as inspiration to young people like his daughter, Sasha, who plays basketball.

"For her to have wonderful role models like this who work hard," he said, "that's the kind of models you want for your children."

The Fever's coach, Lin Dunn, took a quick turn at the microphone to lay similar praise on the president.

She also noted a little thrill at meeting the president at the White House. After all, she said, "I'm a Democrat."