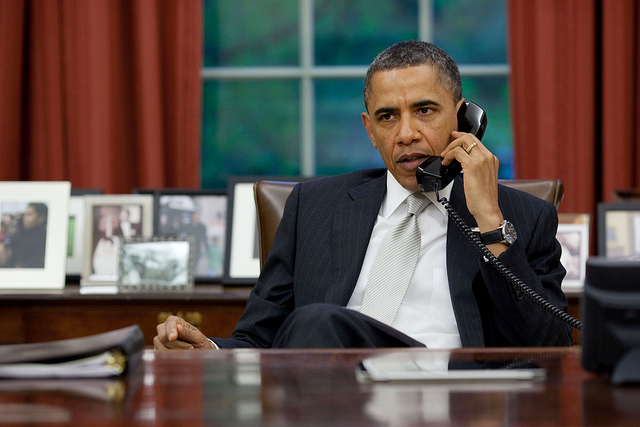 President Obama is traveling to Alabama on Friday following severe storms and tornadoes that ripped through the South, killing at least 248 people in six states, including 162 in Alabama.

Mr. Obama will meet with Gov. Robert Bentley, state and local officials and families affected by the storms, the White House announced.

Mr. Obama signed an emergency declaration Wednesday night for Alabama, authorizing FEMA to deploy equipment and resources to respond to the emergency in all 67 counties in the state. Fugate and Napolitano told the president that FEMA is playing a supporting role in the emergency response efforts, which are being led by Bentley. They said FEMA has deployed a liaison officer to the state to assist in coordination efforts.

According to Bentley, 2,000 national guard troops have been activated and are helping to search devastated areas for people still missing.

"Well, I think this is the worst natural disaster in many, many years in Alabama," Bentley told "The Early Show" Thursday.

Mr. Obama told Fugate and Napolitano to be aggressive in their efforts to help, according to the White House, and the president urged them to tell him about any unmet needs. He also asked Fugate to travel to Alabama today; Fugate will join Bentley for a press conference in Tuscaloosa at 3 p.m. central. Napolitano is in Missouri today and will tour the Lambert-St. Louis International Airport, which suffered damage from tornadoes that struck the region last weekend.

Last night, Mr. Obama spoke with Bentley on the phone to express his condolences for the loss of life and suffering.

More severe weather is forecasted in the South, and the White House advises people to follow the instructions of state and local officials and listen to local radio or TV stations for updated emergency information. The website www.ready.gov provides information on how to be prepared for severe weather emergencies.

Update: This afternoon, before he officially announced the changes to his national security team, Mr. Obama acknowledged the storm devastation, calling it "nothing short of catastrophic."

"We can't control when or where a terrible storm may strike, but we can control how we respond," Mr. Obama said. "The federal government will do everything we can to help you recover, and we will stand with you to help you rebuild."