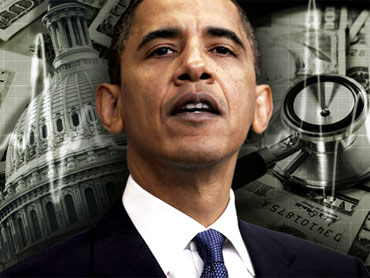 President Obama is revealing details of how the U.S. government will enforce the health overhaul law, an announcement expected to focus on how insurance companies must treat consumers.

The president was then expected to announce regulations for implementing consumer safeguards enacted by the law, according to administration allies who were briefed in advance and spoke on condition of anonymity.

The events mark 90 days since Obama signed the health revamp into law, one of his administration's chief victories so far.

Public support for the president's health care reforms has risen since the bill's passage, an Associated Press-GfK poll found earlier this month. Americans remained divided, with 45 percent in favor and 42 percent opposed to the president's signature domestic accomplishment. But the shift in public sentiment is significant and could affect the November congressional election and Obama's hopes for winning another term in 2012.

The United States is the only major industrial democracy that lacks a comprehensive national health insurance system, leaving tens of millions of Americans uninsured at a given time.

Consumers who buy their policies directly faced increases averaging 20 percent this year, according to a survey released Monday by the private Kaiser Family Foundation. Although most Americans are covered on the job, about 14 million purchase insurance on the individual market and have the least bargaining power when it comes to costs.

The law's consumer safeguards, called the patients' bill of rights, are limited steps that take effect this year. The main provisions, including federal funding to help 32 million uninsured people get coverage, won't come until 2014. The administration worries that escalating premiums will force more people drop their policies before the law is fully implemented.

Starting in 2014, all Americans will be required to carry health insurance. The government will provide tax credits to help middle-class people not covered at work buy a policy through new competitive health insurance markets.

Obama foreshadowed parts of his announcement last week, telling a nurses' group that the patients' bill of rights would include the elimination of lifetime dollar limits on coverage, a particular problem for people dealing with hard-to-treat types of cancer. Insurance companies would be prohibited from canceling the policies of people who get sick, he added. And health plans would be required to provide consumers with simple and clear information about their choices and rights.

The law also calls for other safeguards to be put in place this year, including allowing women to pick an ob-gyn specialist as their primary care doctor and forbidding insurers from denying coverage to children on account of a previous medical problem. Protection against insurance denials would extend to adults in 2014, when most Americans would be required to carry coverage.