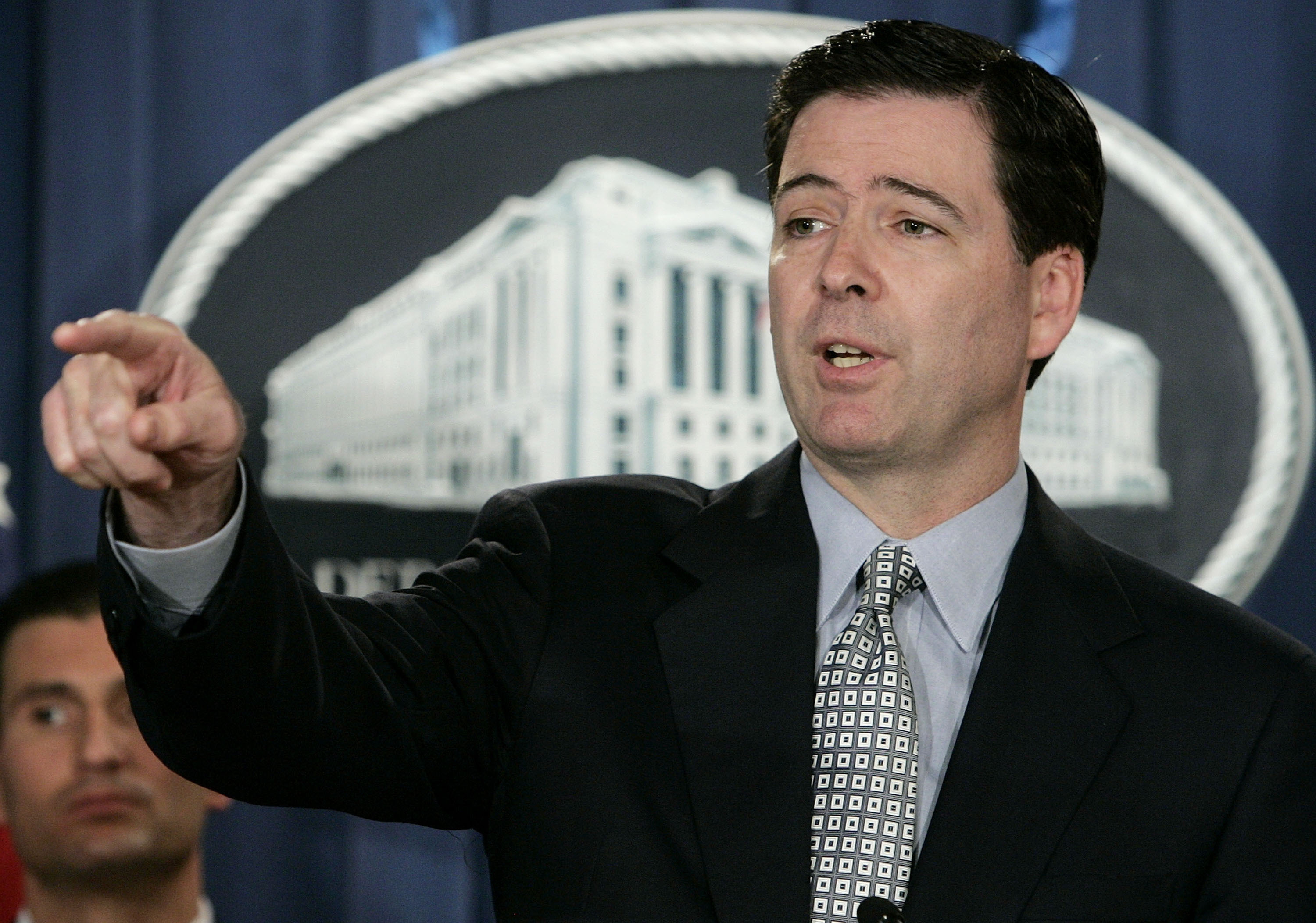 President Barack Obama is preparing to nominate a former Bush administration official to head the FBI, CBS News has learned

Obama plans to nominate James Comey, a former deputy attorney general who served under President George W. Bush from 2003 to 2006.

Comey, 52, became a hero to Democratic opponents of Bush's warrantless wiretapping program when Comey refused for a time to reauthorize it. Bush revised the surveillance program when confronted with the threat of resignation by Comey and FBI Director Robert Mueller.

Mueller is stepping down in September.

As CBS News' Stephanie Lambidakis reported, Comey is admired by Republicans and Democrats especially after hearing his riveting testimony about the crisis, which included the dramatic scene at the hospital bed of then-Attorney General John Ashcroft, who also refused to sign-off on renewing the surveillance program.

Comey said he refused to recertify the program because Ashcroft had reservations about its legality.

Senior government officials had expressed concerns about whether the National Security Agency, which administered the warrantless eavesdropping program, had the proper oversight in place. Other concerns included whether any president possessed the legal and constitutional authority to authorize the program as it was carried out at the time.

The White House, Comey said, recertified the program without the Justice Department's signoff, allowing it to operate for about three weeks without concurrence on whether it was legal. Comey, Ashcroft, Mueller and other Justice Department officials at one point considered resigning, Comey said.

"I couldn't stay if the administration was going to engage in conduct that the Department of Justice had said had no legal basis," Comey told the Senate panel.

A day after the March 10, 2004, incident at Ashcroft's hospital bedside, Bush ordered changes to the program to accommodate the department's concerns. Ashcroft signed the presidential order to recertify the program about three weeks later.

Comey testified that when he refused to certify the program, Gonzales and Card headed to Ashcroft's sick bed in the intensive care unit at George Washington University Hospital.

When Gonzales appealed to Ashcroft, the ailing attorney general lifted his head off the pillow and in straightforward terms described his views of the program, Comey said. Then he pointed out that Comey, not Ashcroft, held the powers of the attorney general at that moment.

Gonzales and Card then left the hospital room, Comey said.

"I was angry," Comey told the panel. "I thought I had just witnessed an effort to take advantage of a very sick man who did not have the powers of the attorney general."

Earlier in his career, Comey served as U.S. attorney for the Southern District of New York, one of the nation's most prominent prosecutorial offices and one at the front lines of terrorism, corporate malfeasance, organized crime and the war on drugs.

As an assistant U.S. attorney in Virginia, Comey handled the investigation of the 1996 bombing of the Khobar Towers housing complex near Dhahran, Saudi Arabia, that killed 19 U.S. military personnel.

He was general counsel at Connecticut-based hedge fund Bridgewater Associates from 2010 until earlier this year, when he left and became a lecturer and researcher at Columbia Law School.

Iowa Sen. Charles Grassley, the top Republican on the Senate Judiciary Committee, said he had not heard from the White House about Comey's nomination, but that he was concerned about Comey's hedge fund connections.

"If he's nominated, he would have to answer questions about his recent work in the hedge fund industry," Grassley said. "The administration's efforts to criminally prosecute Wall Street for its part in the economic downturn have been abysmal, and his agency would have to help build the case against some of his colleagues."

Comey is also an expert on gun crime, Lambidakis reported. When he was a federal prosecutor in Virginia, he pioneered the "Project Exile" program that yielded tougher prison sentences for felons caught with weapons.