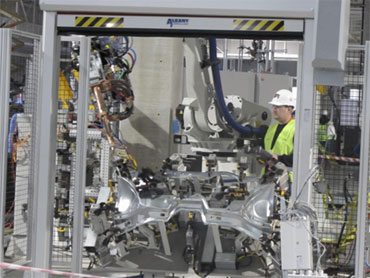 President Barack Obama will call on Congress to pass new tax breaks that would allow businesses to write off 100 percent of their new capital investments through 2011, the latest in a series of proposals the White House is rolling out in hopes of jump-starting economic growth ahead of the November elections.

An administration official said the tax breaks would save businesses $200 billion over two years, allowing companies to have more cash on hand. The president will outline the proposal during a speech on the economy in Cleveland, Ohio, on Wednesday.

Amid an uptick in unemployment to 9.6 percent, and polls showing that the November election could be dismal for Democrats, Obama has promised to propose new steps to stimulate the economy. In addition to the business investment tax breaks, he will also call for a $50 billion infrastructure investment and a permanent expansion of research and development tax credits for companies.

The proposals would require congressional approval, which is highly uncertain given Washington's partisan atmosphere. With the public worried about adding to the mounting federal deficits, and Republicans saying spending is out of control, even many Democratic lawmakers are reluctant to approve new spending so close to the midterm elections.

Even if legislators could pass some of the proposals in the short window between their return to Capitol Hill in mid-September and the elections, it's unlikely the efforts would significantly stimulate the economy by November.

Several million people and 1.5 million businesses would benefit from the tax breaks, said the administration official, who spoke on the condition of anonymity because the formal announcement has not been made.

The official said the total cost to taxpayers over 10 years would be $30 billion, with most of the money being recouped as the economy strengthens.
By Associated Press Writer Julie Pace