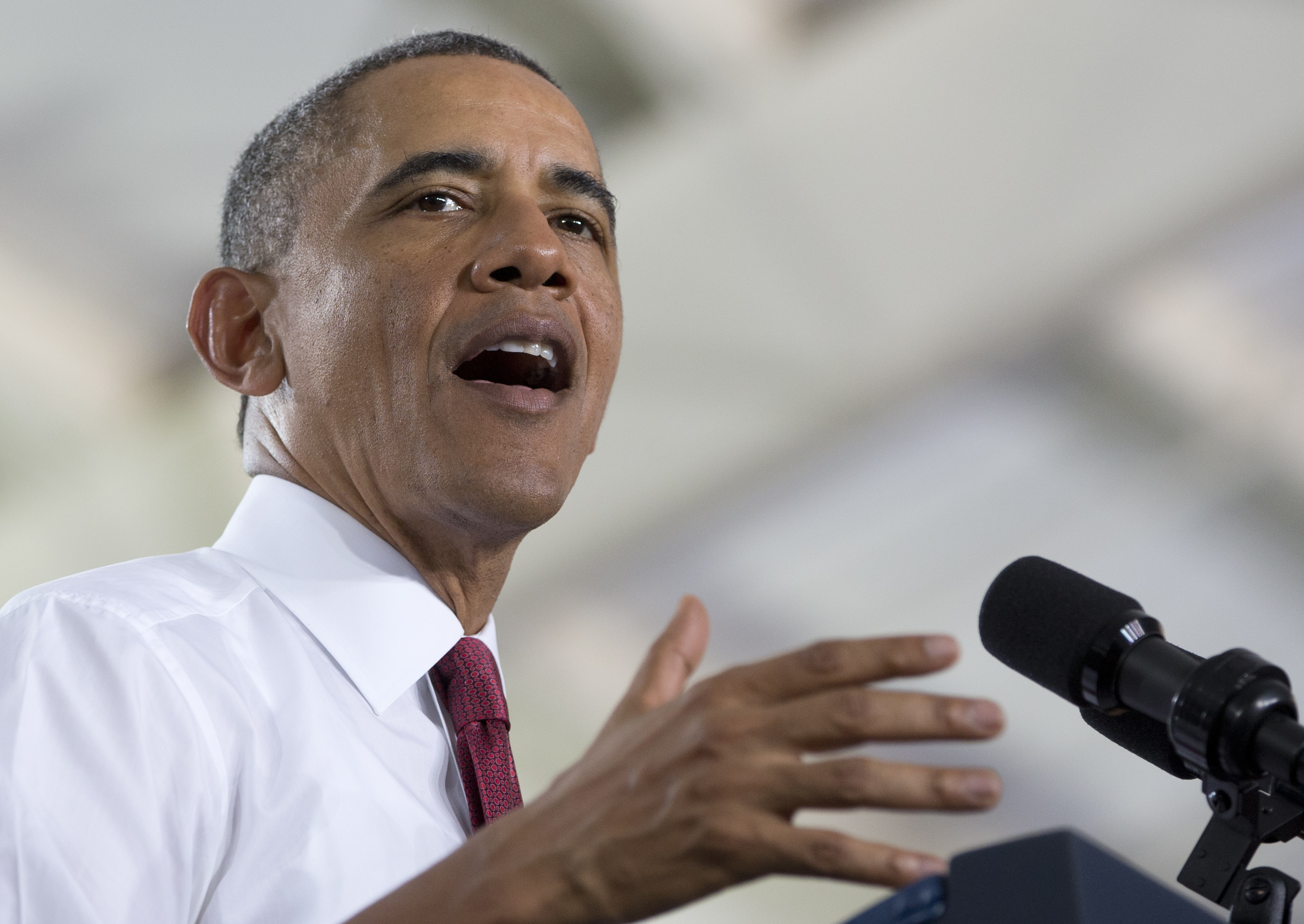 President Obama sat down with Senate Democrats Wednesday evening to hash out an agenda for 2014, a rare meeting for a president who doesn't spend much time in person with lawmakers.

The Democrats, who hold the majority in the upper chamber, are the president’s best hope for getting any of his agenda through Congress, and their priorities are often in sync. But on one issue, a handful of Democrats stand to derail Mr. Obama’s agenda: Iran.

The president used the meeting - which reportedly featured the president enjoying a martini - to ask lawmakers not to impose additional sanctions while a six-month deal to halt Iran’s nuclear program is being implemented. Sens. Bob Menendez, D-N.J., and Mark Kirk, R-Ill., have legislation waiting that would have sanctions waiting if Iran failed to comply with the short-term deal. It has 59 supporters, nearly enough to overcome a filibuster or presidential veto.

The White House has made clear that they believe additional punitive measures from Congress would undermine the fragile agreement, and Mr. Obama used the meeting to ask lawmakers to give diplomacy a chance.

"The president did speak passionately about how we have to seize this opportunity," Sen. Jeff Merkley, D-Ore., said, according to the Associated Press. "If Iran isn't willing in the end to make the decisions that are necessary to make it work, he'll be ready to sign the bill to tighten those sanctions. But we've got to give this six months."

Fortunately for the president, it appears lawmakers will give him some time to negotiate. On Tuesday, Senate Majority Leader Harry Reid, D-Nev., told reporters, “We’re going to wait and see how this plays out.”

There are many other issues where the White House and Senate Democrats see eye to eye, including the minimum wage. It’s an issue that, during the meeting, the president asked the lawmakers for their help; Reid and other lawmakers are likely to push for it ahead of the 2014 midterms.

Vermont Sen. Bernie Sanders, an independent who caucuses with the Democrats and attended the meeting, said some senators suggested the president consider using an executive order to raise the minimum wage given the likelihood it would be derailed in Congress.

"His orientation was that they are taking a hard look at it," Sanders told the Associated Press.