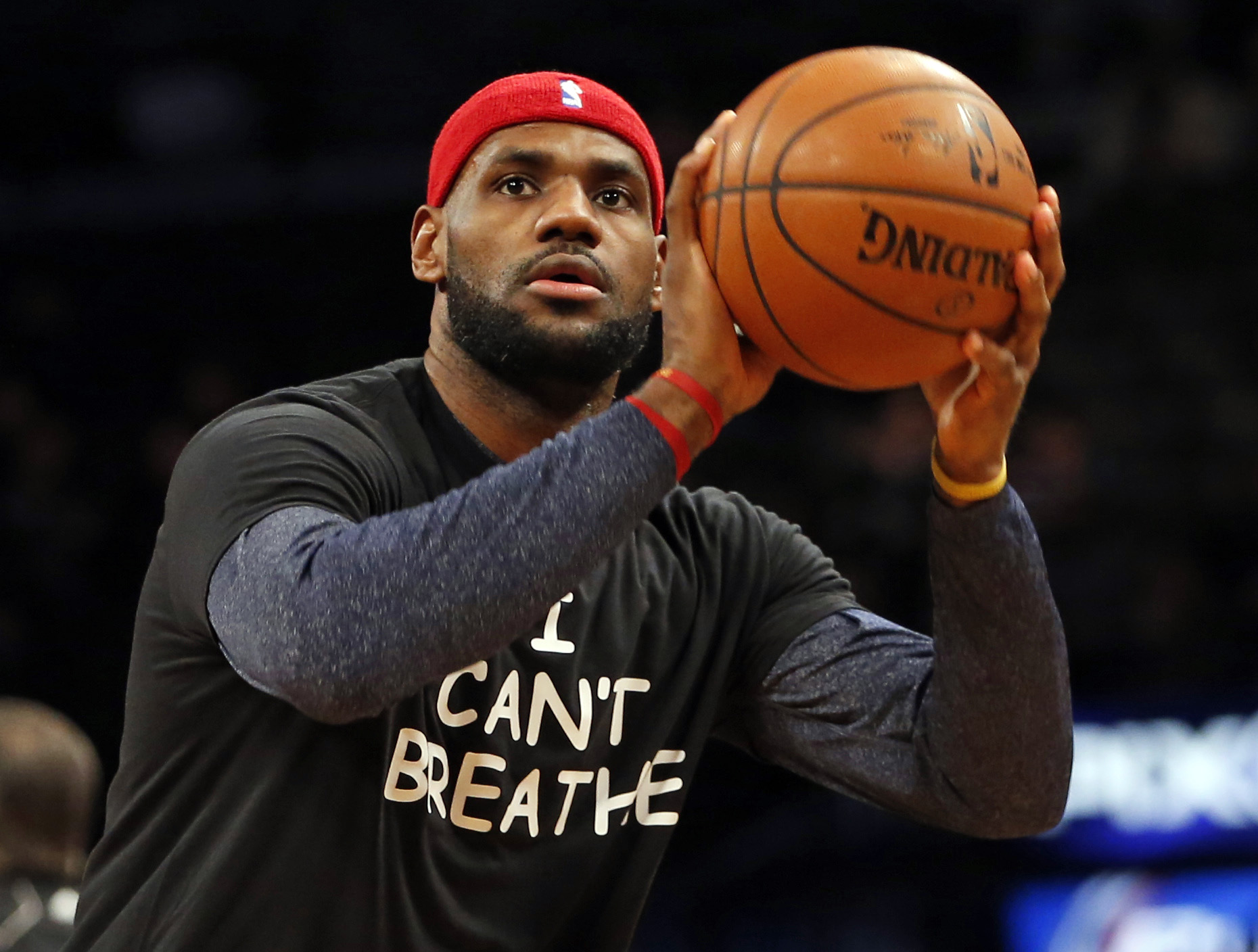 President Obama came to the defense of of LeBron James in an interview published Friday after the NBA star was criticized for wearing a shirt bearing the slogan "I Can't Breathe" to demonstrate his solidarity with recent protests against police brutality.

"You know, I think LeBron did the right thing," Mr. Obama told People magazine two days after the December 8 NBA game at which James wore the controversial shirt. The words "I can't breathe" were uttered by New York resident Eric Garner as he was put in a chokehold by a police officer during a confrontation in July. Garner later died as a result of the chokehold, which was captured on video. When a grand jury declined to file charges against the officer who choked Garner, demonstrators took to the street to protest racism in the criminal justice system.

Mr. Obama noted that athletes have a storied tradition of participating in protest movements. "We forget the role that Muhammad Ali, Arthur Ashe and Bill Russell played in raising consciousness," he said. "We went through a long stretch there where [with] well-paid athletes the notion was: just be quiet and get your endorsements and don't make waves," he added.

"LeBron is an example of a young man who has, in his own way and in a respectful way, tried to say, 'I'm part of this society, too' and focus attention. The president told People he'd "like to see more athletes do that...not just around this issue, but around a range of issues."