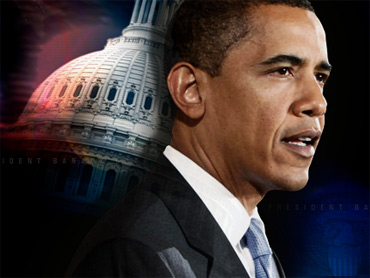 The Obama administration supports extending three key provisions of the Patriot Act that are due to expire at the end of the year, the Justice Department told Congress in a letter made public Tuesday.

Lawmakers and civil rights groups had been pressing the Democratic administration to say whether it wants to preserve the post-Sept. 11 law's authority to access business records, as well as monitor so-called "lone wolf" terrorists and conduct roving wiretaps.

The provision on business records was long criticized by rights groups as giving the government access to citizens' library records, and a coalition of liberal and conservative groups complained that the Patriot Act gives the government too much authority to snoop into Americans' private lives.

As a presidential candidate, Barack Obama said he would take a close look at the law, based on his past expertise in constitutional law. Back in May, President Obama said legal institutions must be updated to deal with the threat of terrorism, but in a way that preserves the rule of law and accountability.

In a letter to lawmakers, Justice Department officials said the administration supports extending the three expiring provisions of the law, although they are willing to consider additional privacy protections as long as they don't weaken the effectiveness of the law.

Assistant Attorney General Ronald Weich wrote Sen. Patrick Leahy, the chairman of the Senate Judiciary Committee, that the administration is willing to consider stronger civil rights protections in the new law "provided that they do not undermine the effectiveness of these important (provisions)."

Leahy responded with a statement saying it is important for the administration and Congress to "work together to ensure that we protect both our national security and our civil liberties."

The committee has scheduled a hearing next week on the Patriot Act.

The lone wolf provision was created to conduct surveillance on suspects with no known link to foreign governments or terrorist groups. It has never been used, but the administration says it should still be available for future investigations.

The roving wiretaps provision was designed to allow investigators to quickly monitor the communications of a suspects who change their cell phone or communication device, without investigators having to go back to court for a new court authorization. That provision has been used an average of 22 times a year, officials said.

Michelle Richardson of the American Civil Liberties Union called the administration's position "a mixed bag," and said that the group hopes the next version of the Patriot Act will have important safeguards on other issues, particularly the collecting of international communications, and a specific bar on surveillance of protected First Amendment activities like peaceful protests or religious assembly.

"We're heartened they're saying they're willing to work with Congress," Richardson said, adding that is "definitely a sea change from what we've seen in the past."