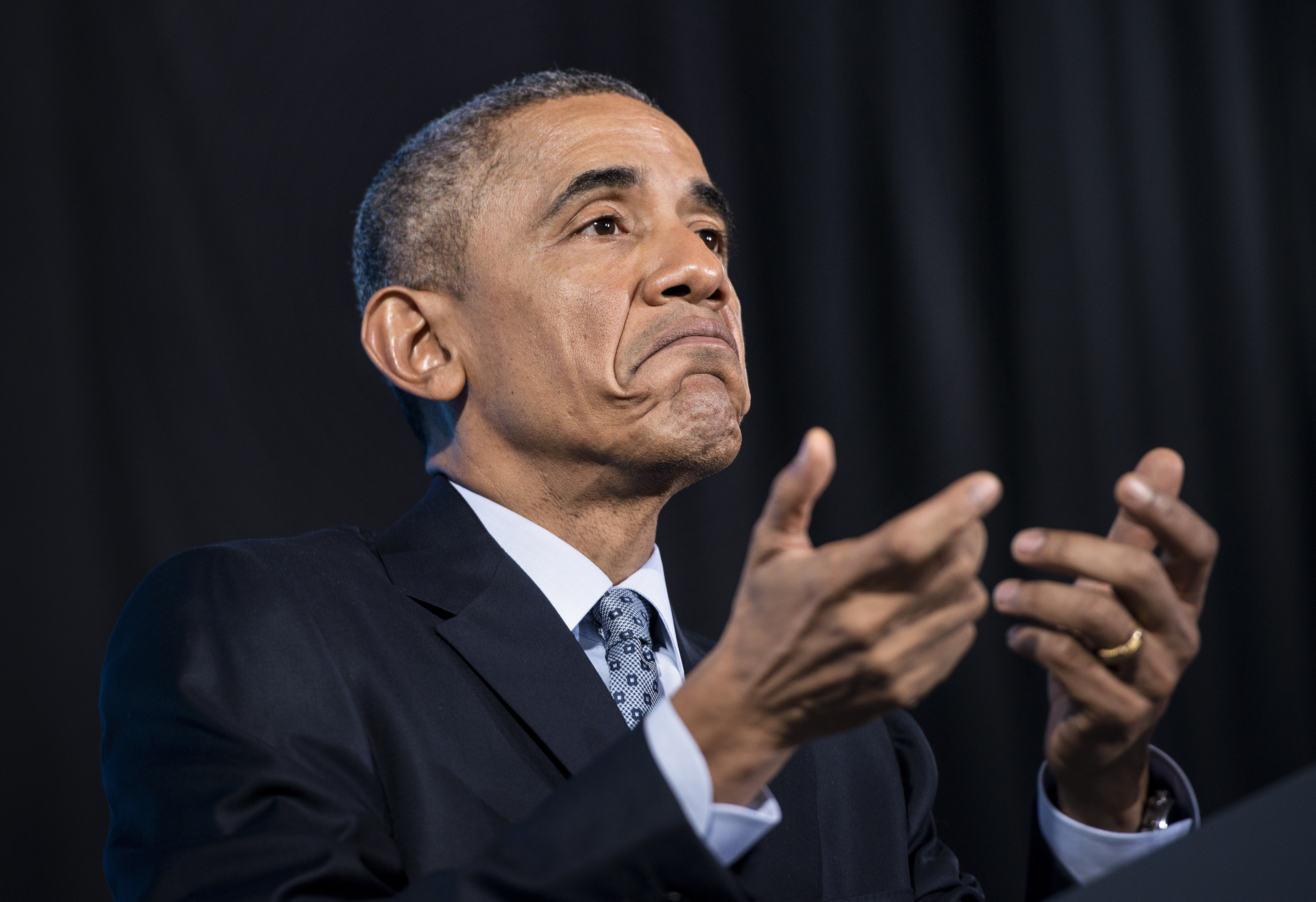 President Obama on Wednesday suggested that if U.S. voters want to counter the outsized influence of money in politics, it might be a good idea to adopt mandatory voting.

"Other countries have mandatory voting," Mr. Obama said at a town hall-style event in Cleveland, Ohio, citing places like Australia. "It would be transformative if everybody voted -- that would counteract money more than anything."

The president continued, "The people who tend not to vote are young, they're lower income, they're skewed more heavily toward immigrant groups and minorities... There's a reason why some folks try to keep them away from the polls."

Get-out-the-vote efforts are a costly part of political campaigns, and yet voter turnout in the U.S. remains low -- in last year's midterm elections, the national turnout rate was just 36.3 percent.

As Washington Post columnist Ruth Marcus noted, there were 11 countries as of November 2014 that have mandatory voting rules, including Australia. Even though Australians can be fined for failing to vote (or even thrown in jail for failing to vote repeatedly), the law is popular.

Mr. Obama said that adopting mandatory voting rules could be a feasible "short-term" solution to the problem of money in politics. In the long-term, he said it'd be "fun" to go through the extensive process of adopting a constitutional amendment.

A pair of Democratic senators have, in fact, drafted a constitutional amendment that would restore to Congress the authority to regulate and limit the raising and spending of money for federal political campaigns. It would also allow states to regulate campaign spending at their level.