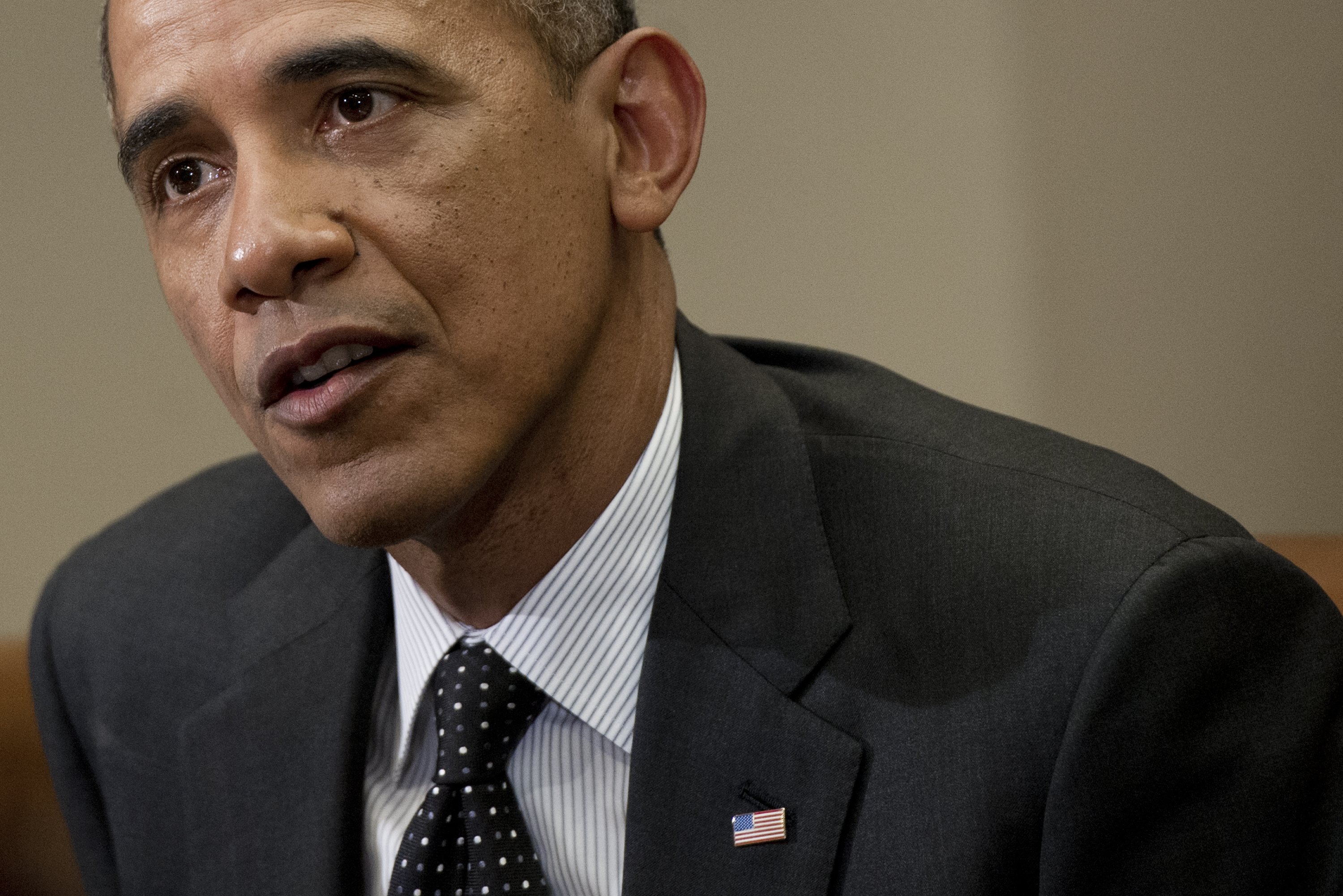 President Obama on Wednesday declined to weigh in on the serious allegations that the Senate Intelligence Committee and the CIA have leveled against each other, calling it inappropriate for him to comment on ongoing investigations.

CIA Director "John Brennan has referred them to the appropriate authorities, and they are looking into it," Mr. Obama said from the White House before a meeting with female members of Congress. "That's not something that is an appropriate role for me or the White House to wade into at this point."

On Tuesday, Senate Intelligence Committee Chairwoman Dianne Feinstein, D-Calif., took to the Senate floor to charge the CIA with spying on the committee's staff as the staff was conducting oversight of the agency. The spying, she said, may have been unconstitutional or criminal, and the complaint against the CIA has been referred to the Justice Department. She also revealed that a CIA official has filed a crimes report against the committee staff, which she called "a potential effort to intimidate this staff."

Brennan, meanwhile, said Tuesday that it was "beyond the scope of reason" to allege that the CIA "hacked" the Senate Intelligence Committee.

CBS News Political Director John Dickerson explains that the controversy traces back to the committee's handling of the "Panetta review" -- a CIA document that the agency thinks the committee obtained without the appropriate clearance. The Panetta review apparently suggests that the CIA has been trying to conceal wrongdoing committed during its now-defunct detention and interrogation program. The committee staff obtained the Panetta review while working on its massive report reviewing that controversial program.

Mr. Obama said Wednesday that his White House worked with the Senate committee on the "well-informed" report.

"The first day I came into office I ended the practices that are subject to investigation by the committee and have been very clear they are contrary to the values of our country," he said. "What I've said is I am absolutely committed to declassifying that report as soon as the report is completed... We will declassify those findings so that the American people can understand what happened in the past and that can help guide us as we move forward."

While Mr. Obama wouldn't comment on the allegations against either the CIA or the Senate committee staff, White House spokesman Jay Carney on Wednesday said the White House was informed ahead of time that the CIA was going to send a complaint against the Senate staff to the Justice Department.

"As you would expect in this matter, and as appropriate, we did not weigh in on that, but were simply given a heads-up about the referral," Carney said. He said that Mr. Obama has been "aware in general" about disputes over protocol as the CIA handed over "an unprecedented number of documents" to the committee.

Meanwhile, Brennan was on Capitol Hill on Wednesday meeting behind closed doors with a small group of senators, including Sen. Saxby Chambliss, R-Ga., the top Republican on the Senate Intelligence Committee. Neither Brennan nor Chambliss gave any comment to reporters after the meeting.

A Senate Intelligence Committee staffer said to CBS News that there is "growing pressure" on the CIA official who filed a Justice Department crimes report against the committee staff -- identified in some reports as Robert Eatinger -- to back up his "scurrilous accusations" that the committee hacked into CIA computers. "We did not," the staffer said, calling the crimes report "rank intimidation."

The staffer said that, roughly, there were only between five and 15 staffers who were ever involved in combing through the CIA documents as part of their investigation. None of the staffers involved are on administrative leave or facing any official Senate action.

The staffer also shared that the alleged incident in which the CIA tapped into Senate computers happened in January -- well after the committee had effectively completed its 6,300-page report on the CIA's interrogation tactics.

At least one member of the Senate Intelligence Committee -- Sen. Mark Udall, D-Colo. -- has called into question Brennan's continued leadership at the CIA.

"The CIA has an important role to play, but if the public doesn't trust the CIA, if the Senate overseers don't trust the CIA, I don't know how Director Brennan can continue to lead the agency," Udall said on MSNBC Tuesday. Brennan and other CIA officials, he said, "need to stop undermining the role of the Intelligence Committee."

Asked whether he would step down if something inappropriate did occur, Brennan said Tuesday, "If I did something wrong, I will go the president... he is the one who can ask me to stay or to go."
CBS News correspondent Nancy Cordes and CBS News producer John Nolen contributed to this report.