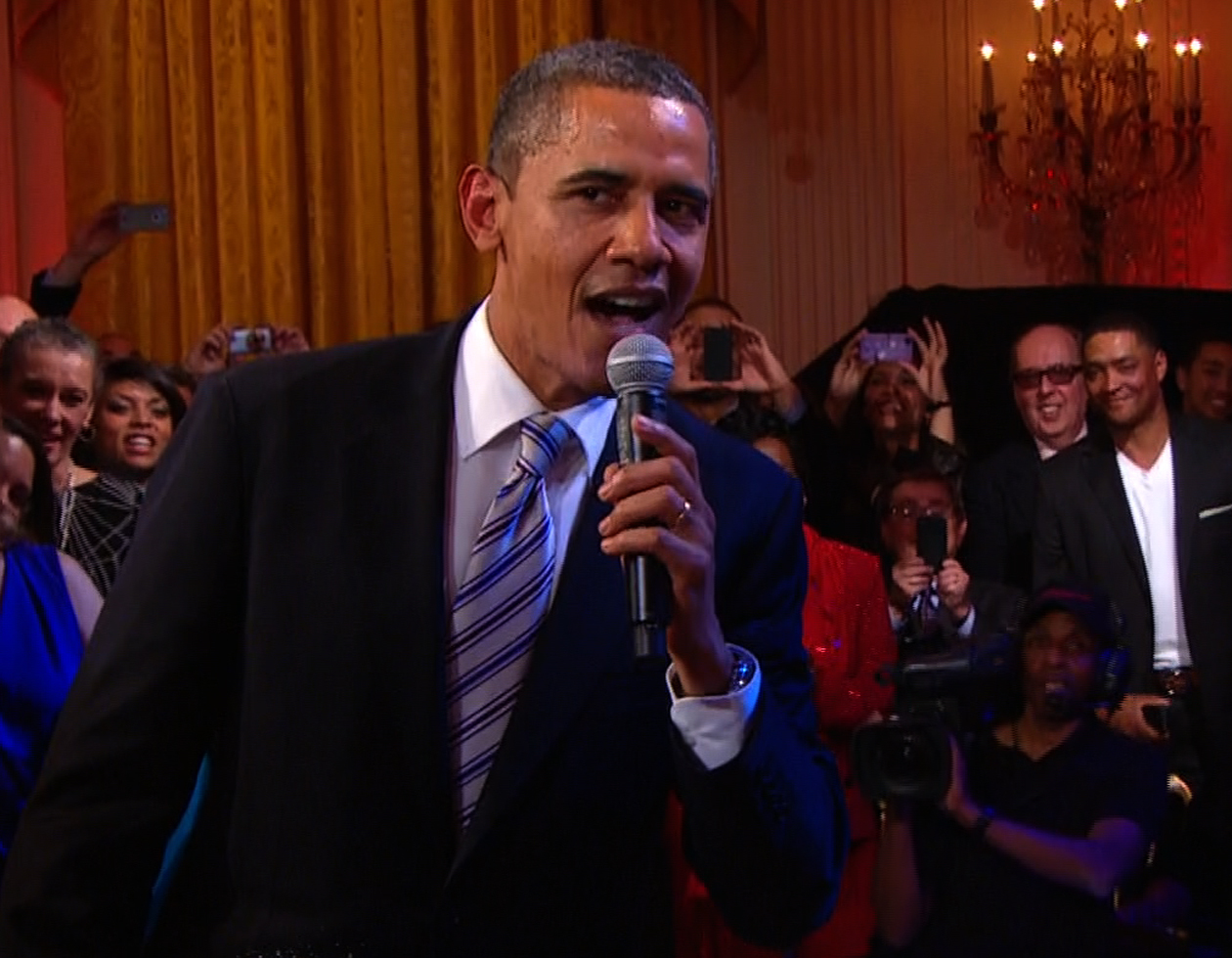 At a White House concert Tuesday night celebrating the blues, President Obama took to the mic again, belting out a few lines of the blues anthem "Sweet Home Chicago" at the urging of performing legends B.B. King and Buddy Guy.

"I heard you sing an Al Green. So, you've started something. You've got to keep it up now," said Guy, a famed Chicago singer, grinning.

Mr. Obama laughed and shook his head, before accepting the mic from Mick Jagger to sing a few lines of the blues standard. He then passed the microphone to King, who briefly joined him for a duet.

The president first unveiled his talents as a singer at a Harlem fundraiser last month, when he delivered an impromptu performance of a few lines of Al Green's "Let's Stay Together."

Since then, he has vowed not to sing again - "I don't want to lose any further votes because of my singing voice," he quipped at a fundraiser this month - but on Tuesday, he appeared to have no choice.

The concert will air as part of PBS' "In Performance at the White House Series" next week.