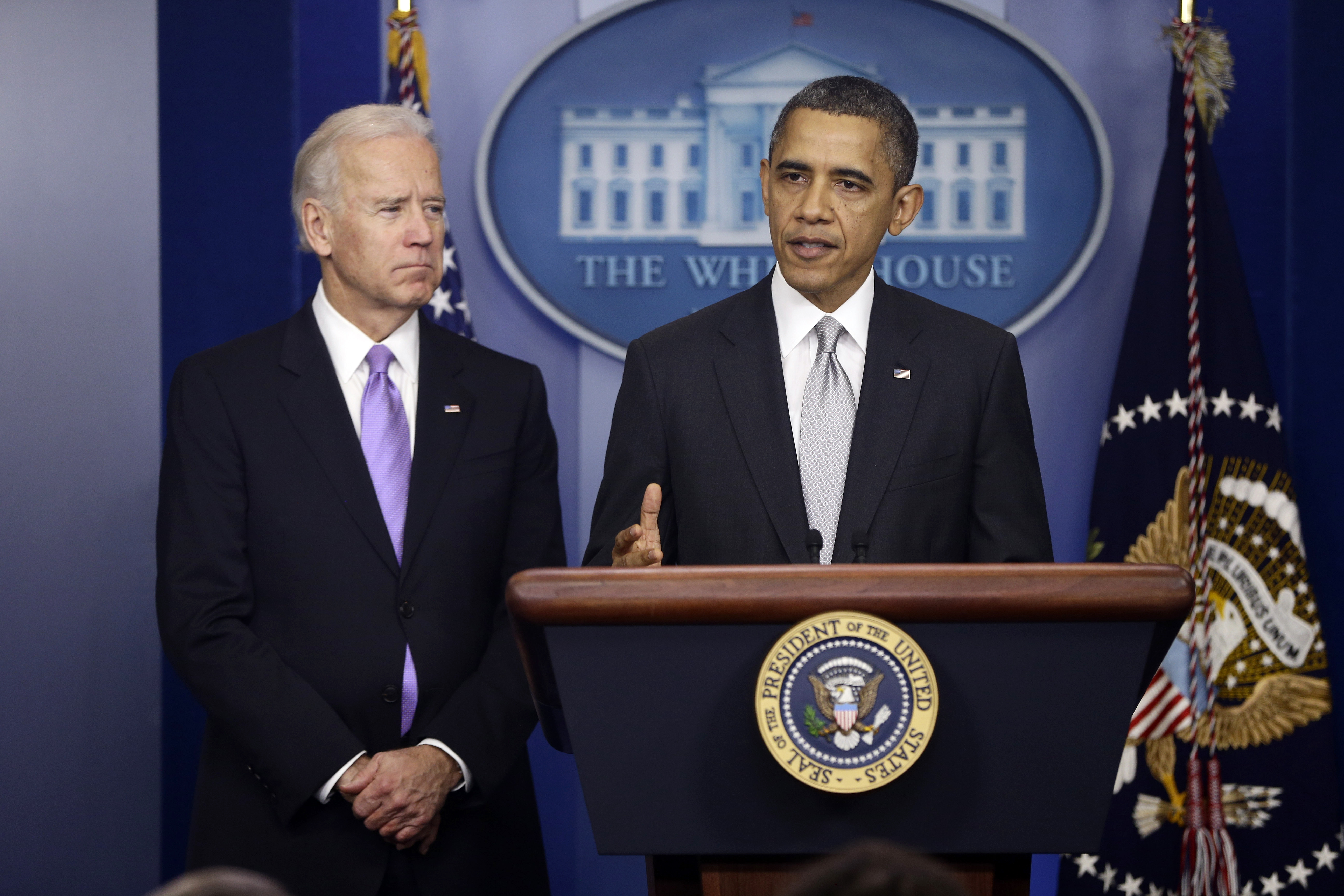 Five days after the murder of 20 children and six faculty members at Sandy Hook Elementary School in Newtown, Conn., riled the nation, President Obama announced the formation of a task force to provide immediate recommendations of how to reduce gun violence.

"This won't be some Washington commission" that takes six months to study the problem and write a report that goes nowhere, he said. He insisted that he wants ready-to-act concrete recommendations on the "complex issue" in January.

Vice President Joe Biden will lead the task force and he will be guided by cabinet members and outside groups. Biden was a key author of a crime bill in 1994 that put more cops on the streets and banned assault weapons. The assault weapons ban expired in 2004, and after Newtown there are renewed calls to reinstate it.

Indicating that gun politics are tough to overcome, the president said at a news conference announcing the task force Wednesday, "The fact that this problem is complex can no longer be an excuse for doing nothing."

When asked how he is going to overcome the powerful gun lobby, the National Rifle Association, the president put the onus on them. "I would hope they do some self-reflection," he said.

He added that the NRA and the members of Congress they strongly support should change their mentality that any legislation related to guns, especially gun safety, is an automatic "encroachment on the Second Amendment."

The NRA rates members of Congress on gun-related votes as well as vote indirectly related to guns. For instance, they ranked the confirmation of Supreme Court justices Sonia Sotomayor and Elena Kagan.

The gun lobby is coming under intense pressure. Rep. Carolyn McCarthy, D-N.Y., whose husband was killed in a mass shooting in 1993, offered harsh words Wednesday. "The gun lobby doesn't work for us, they work for the gun manufacturers....The American people are starting to see that," she said.

But perhaps hoping to placate fears that he wants to take away all guns, a common belief among many pro-gun rights enthusiasts, the president, made a point of saying that he believes in the Second Amendment's right to bear arms. He pointed to a "tradition of gun ownership" in the U.S.

However, the president repeated a statement he said initially after the tragedy, that he would "use all the powers of this office" to prevent similar incidents.

The president indicated that a ban on assault weapons, which he called "weapons of war," is something he supports as well as a limit on high-capacity clips and more stringent background checks. But he cautioned that "no law or set of laws" can prevent all violence. He noted that a culture that "glorifies guns and violence" must be examined and access to mental health care must increase.

Later, the president was asked by a reporter, "Where've you been," on the gun issue, to which he responded, "I've been President of the United States."

"It seems to a lot of observers that you made the political calculation in 2008, in your first term, and in 2012 not to talk about gun violence," ABC's Jake Tapper said. "This is not the first incidence of horrific gun violence of your four years. Where've you been?"

"Here's where I've been, Jake. I've been President of the United States," Mr. Obama answered. "I don't think I've been on vacation."

"I think all of us have to do some reflection on how we prioritize what we do here in Washington," the president. "This should be a wake-up call for all of us."

Meanwhile, New York City Mayor Michael Bloomberg, a gun control advocate, praised the president's task force. "I was very encouraged by the President's strong statement and his announcement is an important step in the right direction," the outspoken mayor said in a statement.

In Congress, calls are increasing for action, including by members who previously opposed gun control measures. House Minority Leader Nancy Pelosi, D-Calif., said Wednesday, "What we need are not more words, what we need is action."

Pelosi appointed Rep. Mike Thompson, D-Calif., who she described as an "avid hunter," to lead a separate task force on gun violence. Pelosi's task force would work separately from the president's and is expected to come up with recommendations of how Congress can move forward.