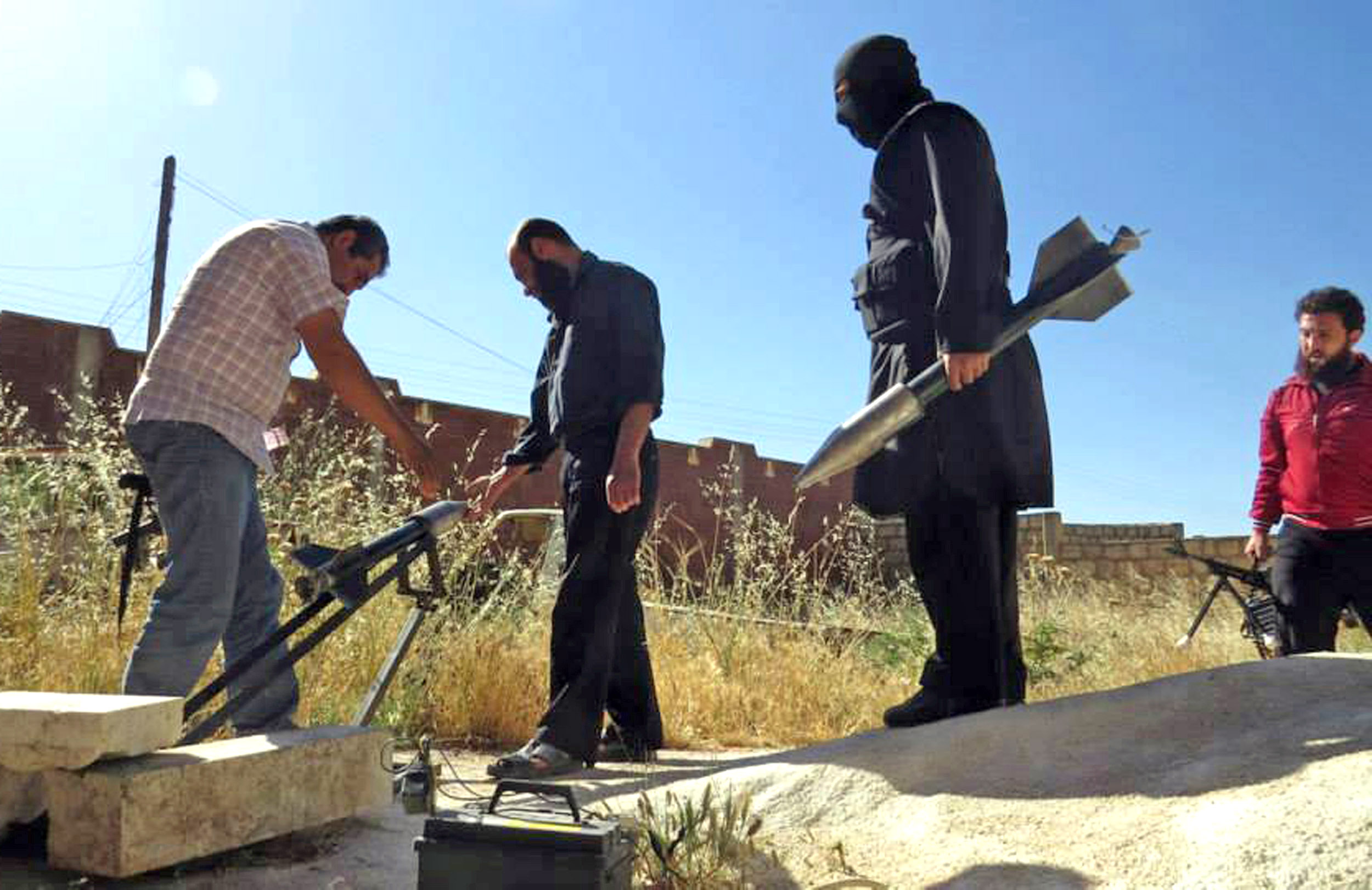 WASHINGTON - President Barack Obama is asking Congress for $500 million to train and arm vetted members of the Syrian opposition, as the U.S. grapples for a way to stem a civil war that has also fueled the al Qaeda inspired insurgency in neighboring Iraq.

The military training program would deepen the Obama administration's involvement in the more than four-year conflict between rebels and forces loyal to Syrian President Bashar Assad. If approved by Congress, the program would supplement a covert train-and-assistance program run by U.S. intelligence agencies.

The Senate Armed Services Committee has already approved a version of the sweeping defense policy bill authorizing the Defense Department to provide "equipment, supplies, training and defense services" to elements of the Syrian opposition that have been screened. The Senate could act on the bill before the August recess.

The president hinted at the increased support for the opposition forces during a commencement address at West Point last month.

"In helping those who fight for the right of all Syrians to choose their own future, we also push back against the growing number of extremists who find safe haven in the chaos," Obama told the graduating cadets.

Officials said the administration would coordinate with Congress and regional players on the specific types of training and assistance the U.S. would provide the opposition. One potential option would be to base U.S. personnel in Jordan and conduct the training exercise there.

The $500 million request is part of a broader $65.8 billion overseas operations request that the administration sent to Congress Thursday. The fiscal package, which would fund an array of Pentagon and State Department programs, also includes $1 billion to shore up nations bordering Syria that are dealing with an influx of refugees and the threat of extremists.

Iraq in particular is buckling amid lightening gains by the Sunni extremist group Islamic State of Iraq and the Levant, which also has a stronghold inside Syria. The group has seized large swaths of Iraq and seeks to carve out a purist Islamic enclave across both sides of the Syria-Iraq border.

The total overseas contingency package is about $21 billion less than the administration said it expected to request when Obama submitted his fiscal year 2015 budget to Congress earlier this year. Officials said the decrease is in part of reflection of Obama's plans to drawdown the U.S. military presence in Afghanistan to about 10,000 forces by the beginning of next year.

Obama is still waiting for the Afghan government to sign a security agreement with the U.S. that would allow those forces to stay.

In Congress, some lawmakers have looked at the overseas account as a source of cash as the Pentagon has been forced to cut its core budget. The House's version of the sweeping defense policy bill for next year shifts some $600 million from the overseas account to spare the A-10 Warthog, the close air support aircraft that has a strong coalition of Republican and Democratic support on Capitol Hill.