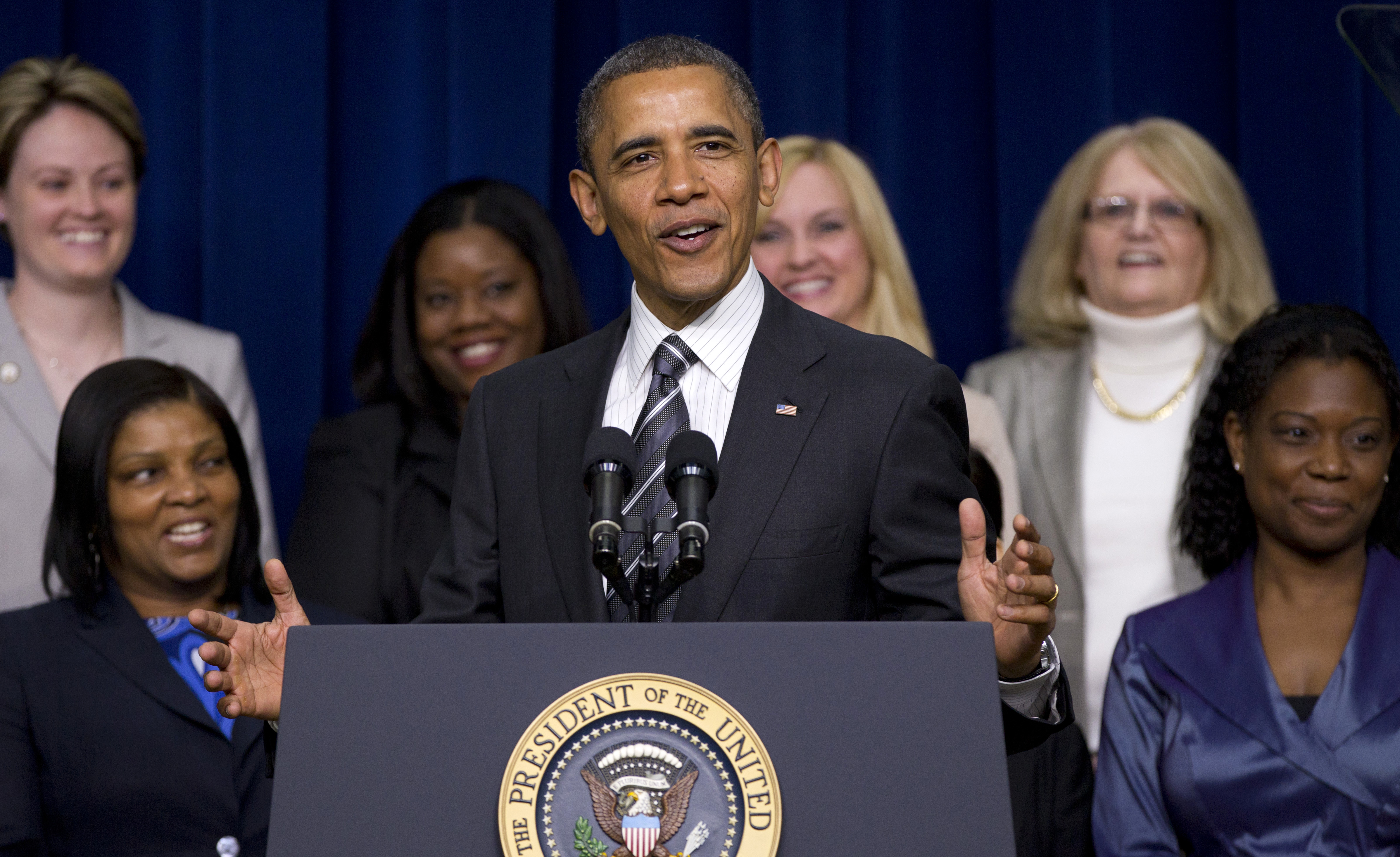 (CBS News) -- President Obama hailed the nation's drop in the unemployment rate Friday, but acknowledged there is much more work to be done as he prepares for what is expected to be a contentious fight with Mitt Romney over the next seven months that is likely to center around whose vision for restoring the U.S. economy to full strength is more in tune with American voters.

"Our economy's now created more than 4 million private sector jobs over the past 2 years. And more than 600,000 in the past 3 months alone," Mr. Obama said in remarks to a forum at the White House on women and the economy.

"But, it's clear to every American that there will still be ups and downs along the way and that we got a lot more work to do, and that includes addressing challenges that are unique to women's economic security," he said.

The Labor Department said earlier in the day that the U.S. unemployment rate fell to 8.2 percent, the lowest level since the month Mr. Obama took office, though the economy added just 120,000 new jobs last month, a far slower pace than expected. Prior to the report's release, economists had predicted the economy had added about 200,000 jobs in March.

The former Massachusetts governor and man who is widely seen as Mr. Obama's likely opponent in the fall was quick to note the report's weakness.

"This is a weak and very troubling jobs report that shows the employment market remains stagnant," Romney said in a prepared statement less issued less than an hour after the report's morning release.

"It is increasingly clear the Obama economy is not working and that after three years in office the president's excuses have run out," the Republican presidential candidate said.

"Unemployment is far too high, paychecks are shrinking, gas prices are rising faster than ever, and our debt now exceeds the size of our entire economy," Boehner said.