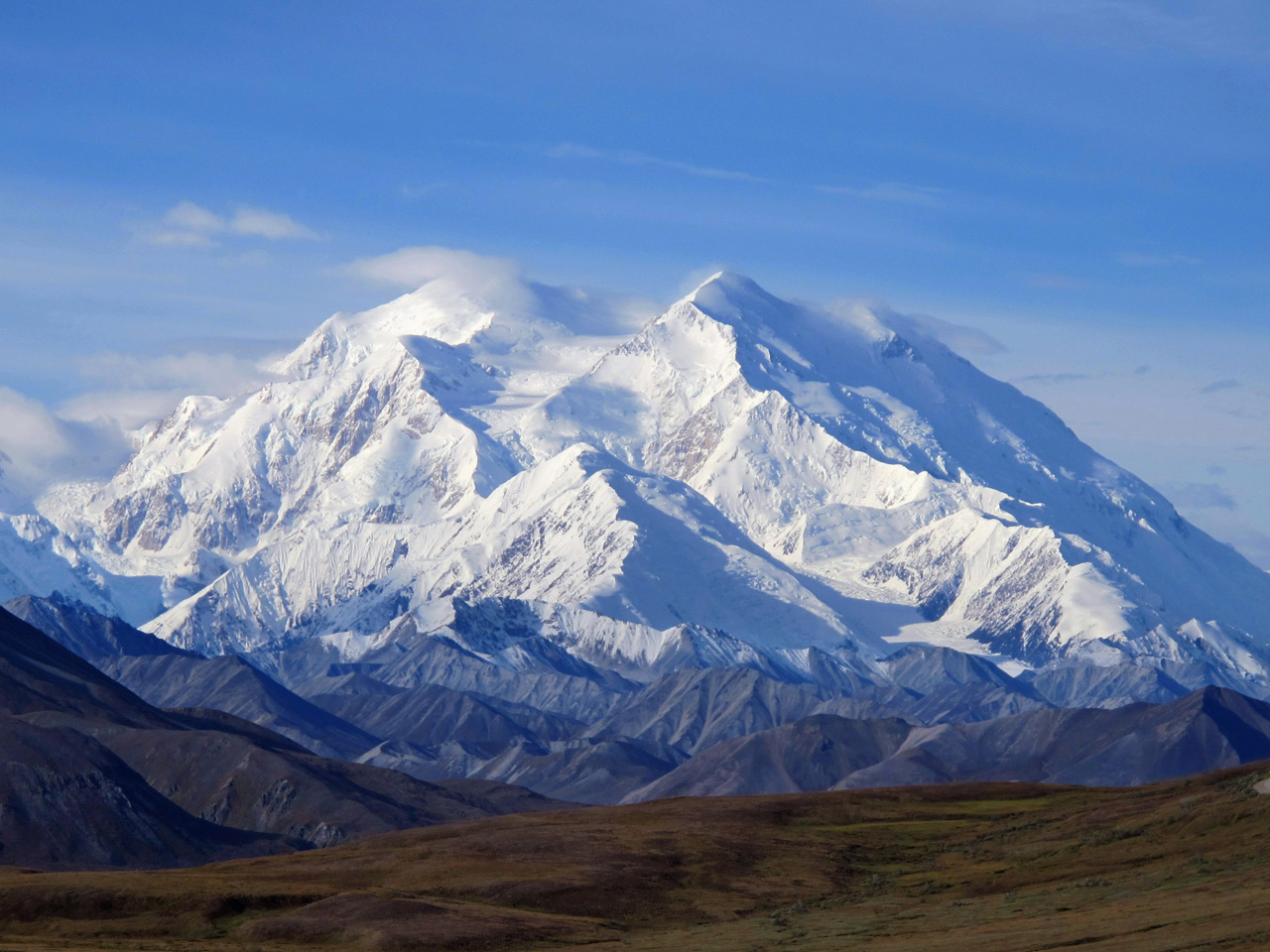 WASHINGTON - The Obama administration will change the name of North America's tallest mountain peak from Mount McKinley to Denali, the White House said Sunday, a major symbolic gesture to Alaska Natives on the eve of President Barack Obama's historic visit to Alaska.

By renaming the peak Denali, an Athabascan word meaning "the high one," Obama waded into a sensitive and decades-old conflict between residents of Alaska and Ohio. Alaskans have informally called the mountain Denali for years, but the federal government recognizes its name invoking the 25th president, William McKinley, who was born in Ohio and assassinated early in his second term.

"With our own sense of reverence for this place, we are officially renaming the mountain Denali in recognition of the traditions of Alaska Natives and the strong support of the people of Alaska," said Interior Secretary Sally Jewell.

The announcement came as Obama prepared to open a three-day visit to Alaska aimed at infusing fresh urgency into his call to action on climate change. To the dismay of some Alaska Republicans, the White House has choreographed the trip to showcase melting glaciers and other cherished natural wonders in Alaska that Obama says are threatened by warmer temperatures.

But Obama's visit is also geared toward displaying solidarity with Alaska Natives, who face immense economic challenges and have warned of insufficient help from the federal government. As his first stop after arriving in Anchorage on Monday, Obama planned to hold a listening session with Alaska Natives. The president was also expected to announce new steps to help Alaska Native communities on Wednesday when he becomes the first sitting president to visit the Alaska Arctic.

It was unclear whether Ohio would mount an effort to block the name change, but several lawmakers took to social media to voice their opposition, arguing the move is an example of executive overreach by Obama - a charge increasingly leveled by Republicans as the White House has issued more executive orders over the last year.

At 20,320 feet, the mountain stands as the continent's tallest, and is still growing at a rate of about one millimeter per year, according to the National Park Service. Known for its majestic views, the mountain is dotted with glaciers and covered at the top with snow year-round, with powerful winds that make it difficult for the adventurous few who seek to climb it.

Sen. Lisa Murkowski, who had pushed legislation for years to change the name, said Alaskans were "honored" to recognize the mountain as Denali - a change in tone for the Alaska Republican, who had spoken out against Obama's energy policies in anticipation of his visit to her state.

"I'd like to thank the president for working with us to achieve this significant change to show honor, respect, and gratitude to the Athabascan people of Alaska," Murkowski said in a video message recorded atop the mountain's Ruth Glacier, with cloudy snow-capped peaks behind her.

Gov. Bill Walker joined Murkowski and other Alaskans in praising Obama for the change. The state of Alaska has had a standing request to change the name dating back to 1975, when the legislature passed a resolution and then-Gov. Jay Hammond appealed to the federal government.

But those efforts and legislation in Congress have been stymied by members of Ohio's congressional delegation eager to protect the namesake of the state's native son. Even when Mount McKinley National Park was renamed Denali National Park in 1980, the federal government retained the use of Mount McKinley to refer to the actual peak.

The peak got its officially recognized name in 1898, when a prospector was exploring mountains in central Alaska, the White House said. Upon hearing the news that McKinley, a Republican, had received his party's nomination to be president, the prospector named it after him and the name was formally recognized.

Obama won't personally visit the mountain during his tour of Alaska. He'll spend much of the trip in Anchorage, south of the peak, where Obama will speak at a climate change summit on Monday. While in Alaska, Obama also planned to meet with fishermen in Dillingham, hike a glacier in Seward and cross the Arctic Circle to visit the rural town of Kotzebue.

In an attempt to show Obama wasn't coming to Alaska empty-handed, the White House on Sunday also announced plans to create a "young engagement program" to help rural and Alaska Native youth in the Arctic. The administration said it would also provide nearly $400,000 for a pair of commissions that govern local fishing, along with more than $1 million in funding from the federal government and Alaska groups to fund U.S. Fish and Wildlife Service advisers.