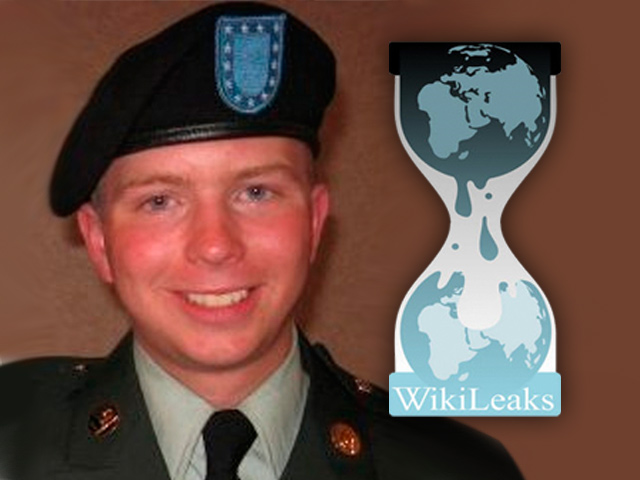 Mr. Obama's comments followed an incident earlier on Thursday in which protesters seeking Manning's release from prison interrupted a fundraising speech from the president.

Manning's prolonged detainment has been a source of controversy for the Obama administration for several months. Just this week, the Pentagon transferred Manning to an Army prison in Kansas from the Marine Corps base in Quantico, Va., where he spent nine months in restrictive conditions. Manning faces nearly two dozen charges, including aiding the enemy, but no trial date has been set.

Though Manning has yet to stand trial, Mr. Obama asserted yesterday that he is guilty.

"If you're in the military, and -- I have to abide by certain classified information," Mr. Obama explained to a supporter. "If I was to release stuff, information that I'm not authorized to release, I'm breaking the law. We're a nation of laws. We don't individually make our own decisions about how the laws operate... He broke the law."

The person to whom the president was speaking compared Manning to Daniel Ellsberg, who leaked the Pentagon Papers, a secret Pentagon study related to the Vietnam War.

Ellsberg is among the protesters who were arrested last year for demonstrating against Manning's treatment.

The demonstrations against Manning's detainment spurred one congressman to compare Manning's situation at Quantico to Abu Ghraib and prompted Amnesty International and the British government to voice concerns over his treatment as well.

The Pentagon has said its treatment of Manning has been all legal, and Mr. Obama has supported that assertion.

Officials said this week it moved Manning to the Kansas facility because it is designed for long-term detention. His case could take months, if not years, to be settled because of its complexity, the Associated Press reported.

What is a "billionaire's tax," and how would it work?
Stephanie Condon